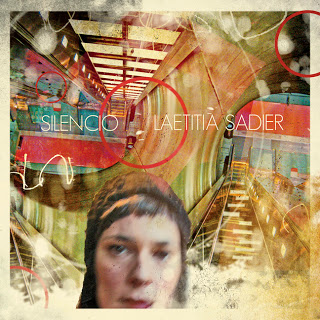 “Silencio! It’s been two years since we took The Trip with Laetita Sadier. Her first true solo album since exiting the bedrooms of Monade and Stereolab, The Trip breathed freshly and deeply as both a personal homage to life’s journey and as a grieving process for the separations that are unavoidable within it. Born from a similar, natural need for stillness as well as agitation, Laetitia now delivers her follow-up LP, Silencio – an album exploring the individual connection to a deeper self, placed in a broader environment, in a similarly fresh kind of way.”

Her latest solo effort “Silencio“, was released on Drag City this past July and Laetitia will be in Pittsburgh tomorrow night at the Thunderbird Cafe with support from Orca Team. My thanks to her for this session of First/Last.

Thank you, Laetitia. I believe it was in 2000 since you have played here last at the now closed Club Laga. Nice to finally have you back.