First/Last-Laney Jones and the Spirits 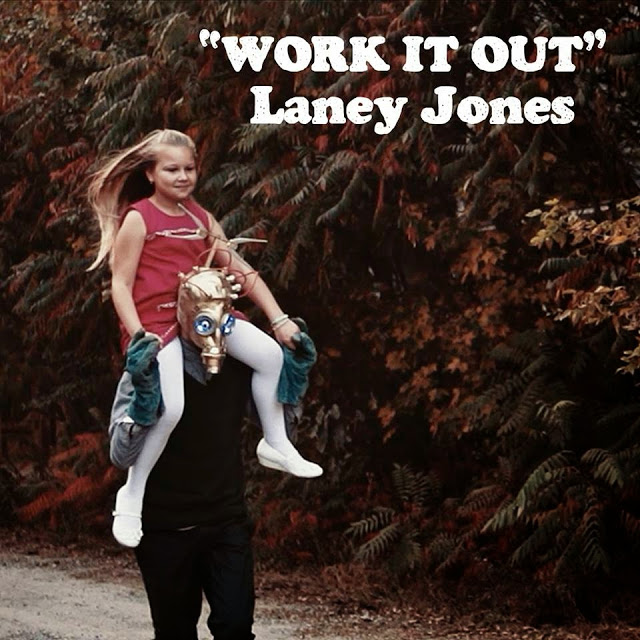 “Raised on an exotic animal farm in rural Mount Dora, FL, Laney Jones sings tales of love and adventure with a voice that has been described as “a mix of lemon, molasses, gin and gunpowder” (WPRK), mellifluous and smooth but brimming with passion. Her live performance highlights her multi-instrumental prowess on banjo, ukulele, tenor guitar and harmonica backed by her band the Spirits. Since releasing her first studio album Golden Road in 2013, she has traveled far from the orange groves and marshes of her home, graduating from Berklee College of Music and playing festival stages at Grey Fox, Shakori Hills, String Break, Lancaster Roots and Blues and numerous others.”

Laney Jones and the Spirits is a Boston based folk rock quartet who’s single ‘Work It Out‘ will more than likely be played this tomorrow night (5/29) as the hit the Pittsburgh Winery on a co-headling bill with fellow ‘Bostonian’ Sarah Blacker. I want to thank Laney (Guitar/Banjo/Ukelele/Vocals) for taking the time to participate in this edition of First/Last.

The 1990’s ‘Romeo + Juliet Soundtrack’. But the first album that I bought with my own money was probably The Arcade Fire’s “The Suburbs”. A great album. Money well spent indeed.

Least favorite/most disappointing album?
Bob Dylan’s “Nashville Skyline”. I was pretty distraught when I heard that record. I love me some Dylan and Cash, just not together… also, an instrumental song, what’s that about Bob?!?
First concert attended?

Tina Turner. My parents had won tickets through a local radio station giveaway. I’d like to say I learned all my dance moves from the best.

Does a one I played at count? Truthfully, it’s hard to go out to see other bands play while touring unless you’re opening or vice versa. It’s very easy to get caught in your own bubble. Anytime I have off I try to catch other bands. On that note, I’m seeing Jenny Lewis tomorrow.

Paul McCartney at Bonnaroo 2013. He just killed it AND there were fireworks.

Paul McCartney at Bonnaroo. I needed to use the bathroom so bad the entire time he played. Most of the time you can dance through the crowd and get your spot back, but people there were nuts for him. I tried to venture out through the crowd thirty minute before he played, got about 12 feet out and I realized I would never make it back if I went all the way. Regardless though, it was still worth it.

I’ve never been before so I hope you folks take it easy on me (:

Thanks, Laney. We are a friendly bunch here in Pittsburgh. No need to worry, we’ll treat you right!