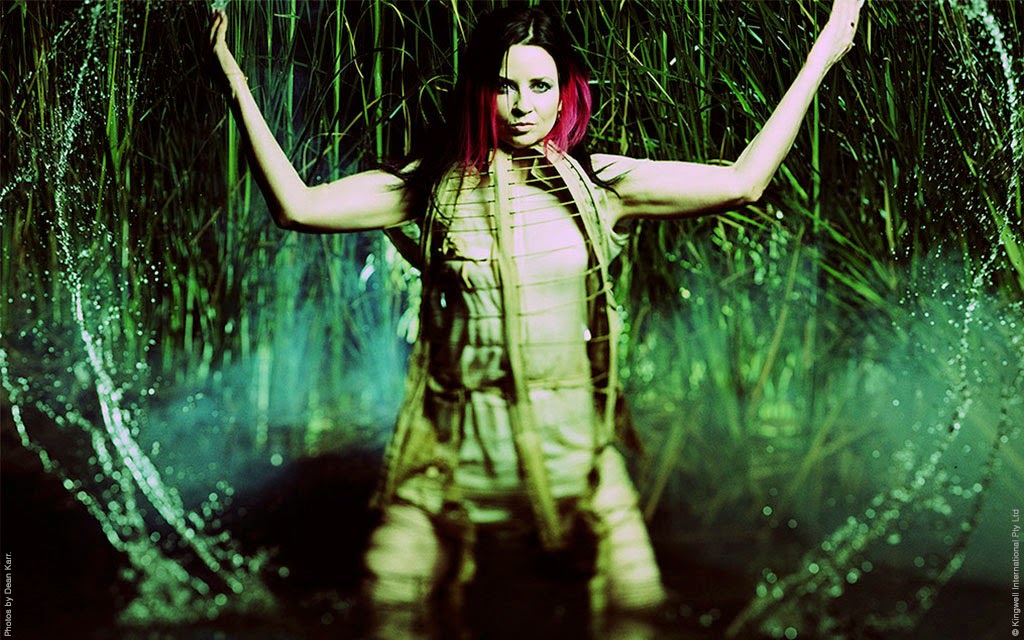 “She bought her first guitar in high school and formed her first band while earning a degree in Graphic Arts at University. Thus began a decade-long odyssey of constant live gigs that honed her performance and song-writing skills and took Leanne from small Underground venues to Centre Stage Stadium shows.”

Leanne Kingwell is an Australian hard rocker who latest album is entitled “Choking on Halos“. Dubbed ‘the Queen of Aussie rock’, she recently released the acclaimed video for the title song and I really want to thank her for taking the time to participate in this edition of First/Last.

A rock compilation called “FULL BOAR” that I bought with my Christmas money when I was 8 because it came with this wicked poster of a nasty looking punk Pigs Head wearing Ray-Bans… Ray-Bans became my signature eyewear for quite some time. The poster disappeared mysteriously from my bedroom wall one day. (Mum had hated it from the moment she saw it.) I was pretty upset so shereplaced it with a “My Little Pony” poster. This damaged me for life.

Verdi and Mozart “Greatest Hits” compilations. Needed the de-stress. Working two time zones recording in L.A. was taking a toll. It’s a proven fact their music has all sorts of soothing, therapeutic effects on body and brain. I’ll be first in line for tix when they tour.

Without a doubt, Keith Richard’s solo album. WTF were you thinking, Keef?

30 Seconds to Mars, Gibson Amphitheatre, L.A. It was great to see a show in that famous venue before they pulled it down.

Nirvana, at The Palace in my neighbourhood. They were yet to break big in Australia. Still playing smaller venues and building the buzz. Seeing them at The Palace was like Nirvana were playing our local pub. Unforgettable.

Um…. the one where my guitar got left behind at a venue by lead guitarist of my band, who was carrying it around as a spare. He got drunk. Left the gig. Hadn’t realised he’d left it there till I asked him where it was 2 weeks later. Moral of the story, never lend your Axe to a dick-head. He’ll never love it like you do. Do I still sound angry?

I’ve never been there but I’m sure it’s a wonderful place.

Thanks, Leanne. Hi from the other side of the globe! Can I be the first to claim the album title, “Never Lend Your Axe to a Dick-Head”!?!