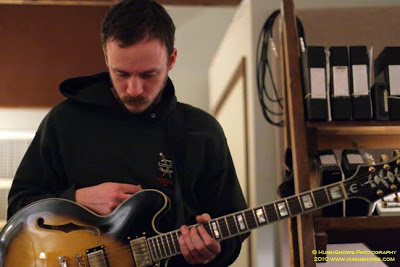 The band is playing a gig this week with Noah’s Ark Was A Spaceship from Nebraska and locals Thee Shopkeepers. Liam was cool enough to participate in this, the first day of a week long edition of the ever popular First/Last.

Thanks, Liam. That’s a drag about the YLT show. They were great at Hartwood. I have to say though, any show that involves vomit qualifies to be on the bottom of the list.