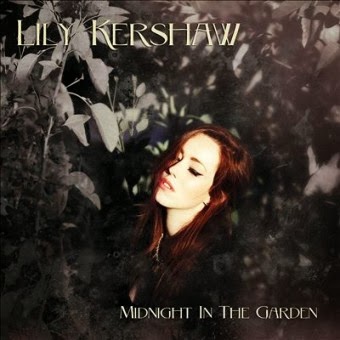 “Sometimes a song is more than just a song. Sometimes a song can be a mirror to the world, or to the hidden selves we are or want to be. Lily Kershaw’s debut album, Midnight In The Garden, explores emotional landscapes and heart clutching melodies that say the unsaid things we struggle to say ourselves. The album takes root in the titans of folk music…those classic songsmiths who weave tapestries of sound with fingerpicking and tales of often unspoken truths.”

Check Lily out at her official Website, Facebook and Twitter. The L.A. based sing-songwriter is currently touring behind her debut full-length “Midnight in the Garden” and hits Pittsburgh tomorrow night at The Smiling Moose with support from locals Nick Barilla and Scott and Rosanna. I want to thank Lily for taking a few to participate in this edition of First/Last.