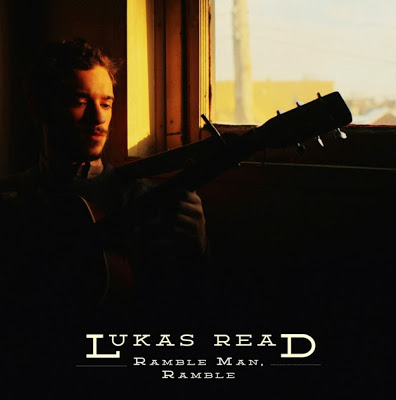 Check Lukas out on Facebook, BandCamp, Instagram and Tumblr. Lukas Read is the stage name of Lukas Truckenbrod, a former Pittsburgh resident who now calls Austin home. He was in a band called The Whiskey Holler and is now striking out on his own having just released his fantastic debut solo album, “Ramble Man, Ramble“. My thanks to Lukas for taking a few minutes to participate in this edition of First/Last. 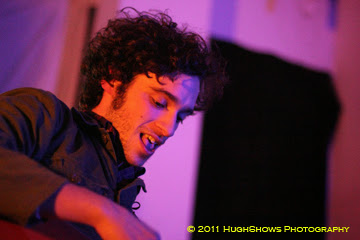 I loved ‘The Way’ by Fastball, so I had to get their “All the Pain Money Can Buy”, which was and still is a rather solid album from start to finish. The closing track, ‘Sweetwater, TX,’ is a real pretty song.

Most recently was Pokey LaFarge’s most recent S/T release on Third Man Records. When I was with the Whiskey Holler, we had the great pleasure of opening for his band at Club Cafe. He was affable and amiable, drinking bourbon on the rocks and always smiling. They played an incredibly high-energy set that may have been as long as 1.5 hours. He had everyone by the collar for all 90 minutes.

When Beck released “Sea Change”, I was totally jazzed — it was the first time I was expecting a new album from Beck, and when I plugged it into my Sony discman, I really wanted to love it. But it was so radically different (a la sea change) that I was really saddened. I listened again about two years later and after my sensibilities matured(?) I came around to it and now regard it pretty highly. There are still a few downers that I don’t mind skipping.

Earliest one I can remember may be Cake at the Three Rivers Arts festival. Or Maroon 5/John Mayer at PG Pavilion… 🙁

Scout Niblett at the Mohawk in Austin. She was pretty wild. A drummer and a second guitarist eventually joined in through the set. Her voice was magnificent. Pure tone. My new favorite line of hers: “I’ve got no style, I’m simply ruled. No pop, no star, I’m strictly roots.” That’s some RnR.

Can’t really nail one down… but recently I saw Mac DeMarco at SXSW, whom I wasn’t too familiar with at the time, but he unexpectedly played in a showcase and really blew me away and exceeded my expectations. Total goober. Ended up seeing him three times that week. The last time I saw him, he and his band were obviously losing their minds and jammed to BTO’s ‘Taking Care of Business’.

Pittsburgh was where I grew up, and I think it has instilled a certain type of innocence, or at least the ability to observe/operate through/apply a romanticism to my work. Pittsburgh works hard and doesn’t expect much from anybody, which is a great attitude. We offer help for the sake of offering help, and have great neighborhoods with fantastic communities.

Thanks, Lukas. Just love the record, man. You should definitely come back for a visit. Also, I was at that Cake show and I’ll never forget what a jerk that lead singer was to some fans before the show.