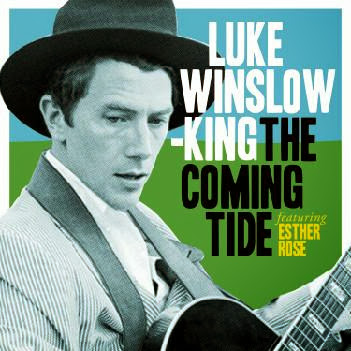 “Luke Winslow-King (born March 12th 1983) is a guitarist, singer, composer, and lyricist known for his slide guitar work, and interest in pre-war blues and traditional jazz. Winslow-King’s work consists of an eclectic mix, taking in delta-folk music, classical composition, ragtime, and rock and roll; juxtaposing original songs with those from a bygone era. Whether solo, or with a band, Winslow-King offers an original sound that is both rustic and elegant. He delivers energetic and dynamic performances, with his burgundy voice and versatile guitar playing.”

Check Luke out at his official Website, Facebook, Twitter and YouTube. His new release, “The Coming Tide” is out now via Bloodshot Records and he returns to Pittsburgh Thursday night at Pittsburgh Winery. I want to thank Luke for taking a few to participate in this edition of First/Last.

Thanks, Luke. Exactly how does one go about playing in a Steeler’s living room?