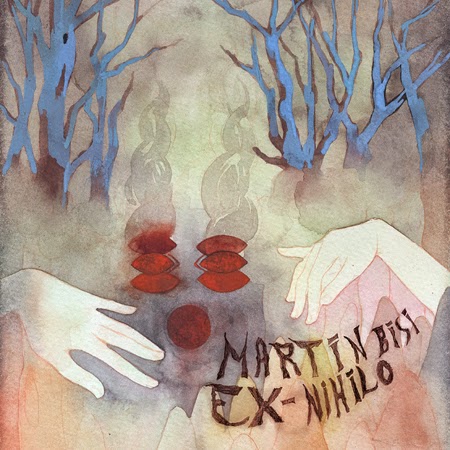 “Martin Bisi, a New York indie rock performer and record producer has been at a crossroads of indie/punk, avant garde, noire/cabaret rock, and electronic music since the early 80’s. In his live performances he combines indie rock songs with theatrical story-telling and unique sound layering that can be ambient and spacious, as well as beautifully chaotic – an ’80’s New York art-rock original. Bisi began his story in the downtown-meets-uptown scene of New York in the late 70’s, where hip hop from The Bronx coexisted with avant garde experimentalism, the punk/glam of CBGB’s, New Wave art-rock, and aggressive, nihilistic No Wave. In this world Bisi met Brian Eno who helped him start a recording studio in 1981. He has since realized albums by Sonic Youth, Swans, John Zorn, Africa Bambaataa, The Dresden Dolls, Herbie Hancock’s Rockit, Boredoms, Helmet, White Zombie, Cop Shoot Cop, Jon Spencer’s Boss Hog, Material/Bill Laswell, Foetus, Serena Maneesh and others. telling with indie rock, and experimental psychedelia.”

Martin is a ‘post-rocker from Brooklyn and longtime friend of this blog. He returns to Pittsburgh this Friday at the 31st Street Pub on a bill with Invisible Things, Outlander , Random Chong in support of his latest album “Ex-Nihilo“. I want to thank Martin for taking the time to participate in this edition of First/Last.

The first two albums I owned were bought for me by my mom, around 1969. They were Grateful Dead “Anthem Of The Sun”; and John McLaughlin “Extrapolation”. The Dead one I actually hung on to and listened to repeatedly for a few years. It struck me as totally weird and epic. McLaughlin was way too proggy for me at that age.

As far as me buying my own? It was likely when I was around twelve, and was probably in a shopping spree of Hendrix, Zappa, and Rolling Stones. The proto-punk of the late 60’s didn’t reach my ears till I was exposed to actual punk and New Wave in the late 70’s. I thought things could start in a void and then someone suggested I check out The Stooges, like after I’d heard Branca.

Aaaah, painful to answer. I’m one of what I’d estimate is 20% of people in music – musicians, engineers, producers – who end up not actively listening to music anymore in their private time. I work on or play music nearly every day of my life, even if it’s just noodling on my guitar, so I just don’t listen to albums. I like knowing what’s new out there, but I don’t listen a great deal of any one individual artist. I hear stuff at people’s houses, in hipster cafes, and I ask people to play me new stuff they’re excited about for reference, usually while we’re working in the recording studio. So the last album I bought was “July” by Marissa Nadler (Sacred Bones).

A contender would be “Wee Tam” by The Incredible String Band. Runner up is “LOW” by David Bowie.

The Jesus Lizard “Goat”. I’ve really enjoyed the band live, and I don’t really hear it on that record.

The first concert I went to under my own steam was Bob Dylan at Madison Square Garden in 1974 – benefit for Rubin “Hurricane” Carter, a boxer wrongly convicted of murder. The first concert I actually attended was probably a classical concert my parents dragged me to as a toddler. They were really into that. I just sat there in my little suit and tie fuming.

It really might be Sonic Youth doing the last concert ever at McCarren Park Pool in Williamsburg Brooklyn in 2008. It might not count so much cause it’s one of “my” bands, but honestly I’ve seen them and hated them. When they seem comfortable, like too Pavement-y, I feel they’ve really lost the original mission of indie/post-punk.

God, that’s easy. Rasputina easily held up as my worst musical experience of ’08, and still holds the prize. Three women just sawing away on distorted cellos, without anything very compelling on vocals, and a guy doing metal “riffs” on drums. Just stupid crap.

So far it’s been the “touring curse”… quantity but little quality. You go lots of places, but you’re in and out. I came, did not see, and will have to conquer next time.

Thanks, Martin. I really do appreciate the support from over the years, man.

FTC Disclosure: This post contains affiliate links. If you make a purchase after clicking on a link, I receive a small commission at no extra cost to you. The links helps to support this site and will al me to keep writing about local music.