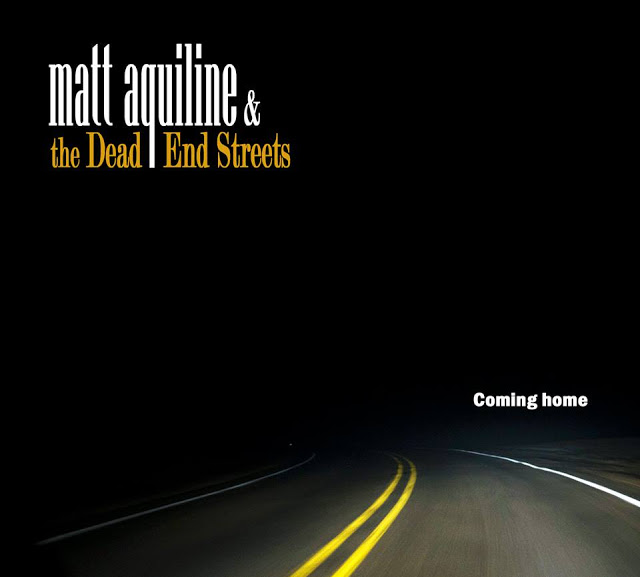 “Singer/songwriter Matt Aquiline lived and performed in Washington, DC for nearly two decades, but he has always been of Pittsburgh first and recently returned to his hometown to raise his family and perform his music in the town where it was formed.”

Matt Aquiline & The Dead End Streets is an Americana band from Pittsburgh who released the excellent EP Coming Home late last year. Influenced by such heavyweights as John Hiatt, Steve Earle and most notably Bruce Springsteen, the band bring a refreshing take on the roots rock genre by putting together a roster of seasoned musicians who have been around the local music scene for years. You can see them playing out all around town in the coming months and beyond so definitely check them out. I want to thank Matt (Guitar/Mandolin/Vocals) for taking the time to participate in this edition of First/Last.

Either Neil Young Live Rust or Kiss Destroyer. I might have bought them on the same day.

Too many, but my favorite at the moment is coming home (the act, not the EP we just released). I am repatriated here after 18 years in Washington, DC, so my view is informed by the stark contrast between the two places. Pittsburgh has the most decent and authentic people I have ever come across and I feel truly blessed to be living among you all again. The decision to come home is the best one I have ever made in my life and the experience I have had reintegrating into this community even bests my childhood filled with championships (which would have been my answer 5 years ago).

Thanks, Matt. That Springsteen stadium gig was unofficially the very first concert that I was partially ‘on my own’ for. My dad would take us to shows and at that one, I asked him if I could walk around and meet him later. The whole night I just bopped all over the stadium trying to find the listening sweet spot but unfortunately, I couldn’t find one. I will always remember how bad the acoustics were for that particular concert but the band was on fire.