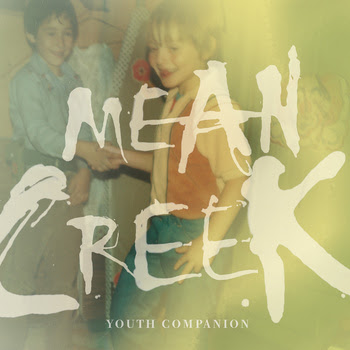 “Mean Creek is a four-piece American rock band based in Boston, Massachusetts. Formed in 2006, the lineup consists of Chris Keene, Aurore Ounjian, Mikey Holland, and Erik Wormwood. To date, the band has released 2 full-length studio albums, a 4-song EP, and 2 singles. A full length release is slated for a spring 2012 release.”

Check out the band at their official Website, Facebook, BandCamp, Tumblr, YouTube and Twitter. Diving further into to the Paste 50 States Project, we head to Massachusetts with Mean Creek. My thanks to Chris Keene (Guitar/Vocals) for taking a few to participate in this edition of First/Last.

I work at a rock club, so I see a lot of least favorite concerts ever… as well as some great ones!
Any thoughts, experiences about Pittsburgh?

Thanks, Chris. We have a few weird (in the best possible way) art galleries here in town but I am betting you are referring to the awesome Garfield Artworks. Does the name Manny ring a bell?