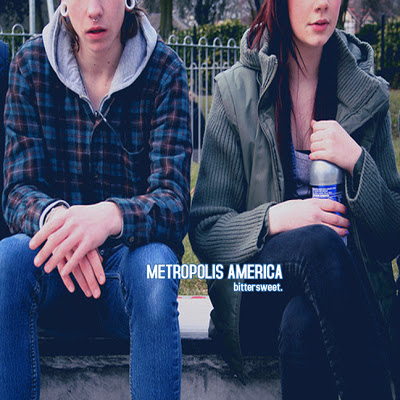 “The Cold War was about tension, propaganda, and the struggle for global influence. So is Rock and Roll. Metropolis America began in Philadelphia in 2010 when musician and songwriter Cristian Mora connected with drummer Rick Eddy. Mora and Eddy, both children of the Cold War, forged a bond that led to the creation of a sound they call “Cold Pop”- a 21st Century take on the sound and sentiment from the Cold War era in the United States. The first product of this connection and sound was the band’s “The Cold Pop Singles” ep in 2011. The addition of Greg Kinter on guitar in 2012 helped to shape the latest creation.”

Check out the band at their official Website, Facebook, Twitter, YouTube, Tumblr and SoundCloud. The band have just released their latest singles, ‘Bittersweet‘ and “A Burden of Youth‘, both available as free downloads. I want to thank Cristian Mora (Bass/Vocals), Rick Eddy (Drums) and Greg Kinter (Guitar) for taking the time to participate in this edition of First/Last.

Thanks, guys. Cool that you guys have the balls to define an entire genre of music in ‘Cold-Pop’. I love that!