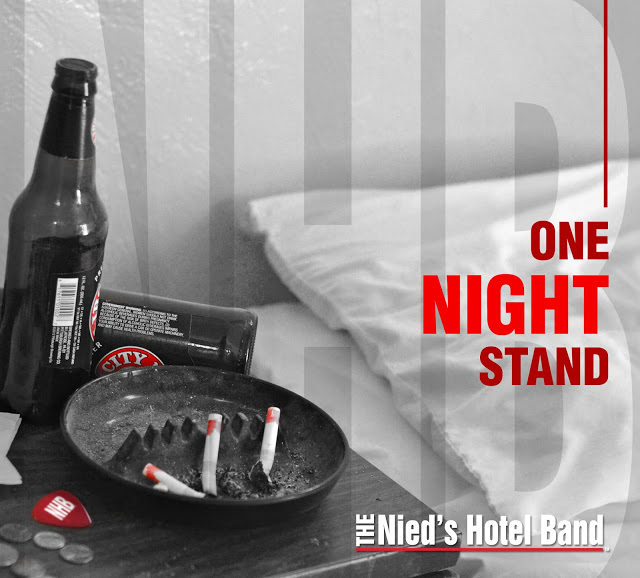 “The Nied’s Hotel Band is a powerhouse recording and performing rock-n-roll band from Pittsburgh, PA. (USA). NHB delivers the hardworking, blue collar, muscle that has made Pittsburgh a legendary rock-n-roll city. The band includes some of the best-known and respected players in the region, including singer John Vento (who is, perhaps, the hardest-working front man around), guitarists Tim Hadley and Jim McCullough, plus keyboardist Fred Delu and sax man Ed Jonnet, who last joined forces in the 70’s as members of Pittsburgh’s most beloved rock/soul band – The Rhythm Kings. Newest members Frank DeCarolis (bass) and Bob Fetherlin (drums) complete a stellar Lineup.”

The Nied’s Hotel Band is a rock band from Pittsburgh who’s latest album is “One Night Stand” from 2014. Their name comes from a funky joint in Lawrenceville and they so happen to be playing there this Saturday (6/13). On Sunday (6/14) they have a special autism benefit gig at Jergel’s with Mia Z and the CAUSE. I want to thank the band’s songwriter John Vento (Lead Vocals) for taking the time to participate in this edition of First/Last.

Don’t have one… too many greats!!!

Anything in an effin’ football or baseball stadium. I’ll NEVER do it again.

Thanks, John. Man, I wish I saw those Springsteen ’78 shows. The recordings I have heard from that tour are phenomenal.