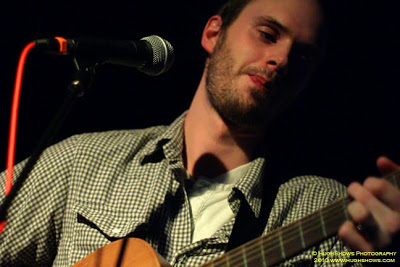 Nik recently put out one of my favorite local releases this year. If you haven’t heard it or have seen him live, kill two birds with one stone tomorrow night. He was kind enough to take a few and participate in this week’s installment of First/Last Fridays.

“Staring at the Sea” by the Cure, when I listen to that record now I just feel like it’s got a pretty sweet punkish sound.

“Small Cities” debut album, it’s got a great groove to it. I’ve been buying a lot of local Pittsburgh music, a lot of great stuff is blasting off around here.

It was so bad I blocked it out.

I went to see this punk band called AFI, that was the first big show I’d been to that I can think of. Some dude stole my wallet right out of my pants and disappeared into the abyss. It was a hopeless situation.

Dawes and 28 North at Hartwoord Acres. It was a very nice concert.

Dude, I don’t know, I’ve been to some pretty dang good ones, can’t say I have a favorite of all time.

My band opened up for Formula 412 at Kaya Fest earlier this year. Those guys are real friendly…not.

Pittsburgh is affordable, full of art, music, tree’s, and divebars. I’ve met so many cool human beings here I can’t even count them on my hands or feet. Musically it’s been very rewarding for me, I’ve met so many talented musicians and had so many great memories of playing shows with other locals. I’ll always have a soft spot for this steel town, I’d like to believe that it’s the best.

Thanks, Nik. Geez, I didn’t want to start a flame war between bands and all but I’m with you buddy, mean people suck.