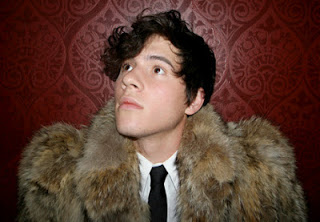 “Emotion is what drives the psychedelic catchy pop rock tunes crafted by the oft-effervescent Brad Oberhofer.   Drawing on influences ranging from Brian Wilson to Descartes, the 21 year old is fixated on the idea of making philosophically minded, energetic melodies that just make people smile.”

Touring behind the band’s acclaimed debut “Time Capsules II”, they wrap up this leg of it tomorrow at the Warhol with guests Young Man. Brad was nice enough to take a few minutes to participate in this edition of First/Last.

Thanks Brad. Really looking forward to your set, especially after watching you light up Coachella!