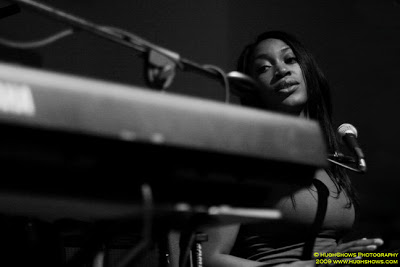 Today’s artist is celebrating a CD release with a show this Saturday. I have seen Peace play a couple of times backing up her sister Joy and it’s cool that she is making a name for herself in town. She was nice enough to take the time and participate in today’s edition of First/Last.

Thanks, Peace. I have to admit, I’m not familiar with any of the musicians you mentioned but that’s what I love about these posts. I get to discover new music, which is always welcom