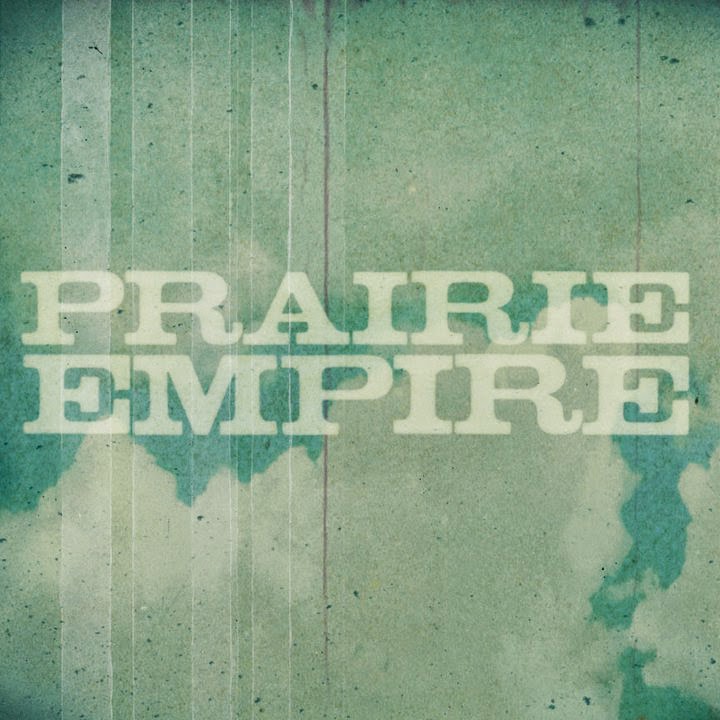 “No one alive today can assay for certain the scope and reach that is Prairie Empire. Arcing across the untrammeled and mysterious blank on the map that is the Great American Desert, from the crumbling wharves of Brooklyn to the misty mountains of Oregon, the only thing that can be said for certain is that Ms. Brittain Ashford stands at its center. But is she its Secret Empress, or merely the inscrutable power behind the throne of its mellifluous and far-flung sonic landscape? Where Ashford came from is an enigma; one day, she simply appeared on the Coney Island Boardwalk, carrying a Gladstone bag packed with a dulcimer and a glockenspiel, and clutching an autoharp to her chest like an orphan, abandoned on some distant doorstep, that she alone can protect and carry into the wide, wicked world.”

Check out the band at their official Website, Facebook, and BandCamp. The Brooklyn ‘folk-ish’ band is the moniker of songwriter Brittain Ashford and her latest effort is the beautiful self-titled debut from 2012. Word is, if you purchase the vinyl, you get a ‘handmade surprise that might be something magical made out of paper, just for you’! Very cool. Brittain stops in Pittsburgh on Thursday for a way cool house show with Anthonie Tonnon and good friend of the blog Guy Russo. and I want to thank her for taking the time to participate in this edition of First/Last.

Ah, this is a hard one. There are certainly bands that I’ve been totally in love with and then not been wild about the direction they’ve gone, for sure. But if I had to pick a “least favorite” it would be Blonde Redhead’s “Misery is a Butterfly”. I just cannot hear that album without thinking of a summer spent in Los Angeles: it was one of three albums in my car. It was August. I didn’t have AC. And I must have listened to it a million times. I don’t think I need to hear it ever again.

The first concert I really remember was Sicko at a small, all-ages club in Seattle called the Velvet Elvis. I was in Jr. High, I’m pretty sure I begged my mom to make my teenage sister take me along.

This is also a hard one. I think one of the more memorable ones was Bon Iver with Bowerbirds at Bowery Ballroom in New York. They did a version of Sarah Siskind’s ‘Lovin’s for Fools’ which still, occasionally, gets stuck in my head.

Once I was watching Quasi at Bumbershoot and Sonic Youth was following their set. The crowd just acted so unnecessarily rude during the Quasi set (one of my favorite bands at the time) I could hardly believe it. Shouting at the band, attempting to mosh, throwing corn cobs and lemon wedges. But I guess that’s what happens at festivals?

The first (only?) time I’ve ever been to Pittsburgh was for a house show the summer of 2012 that I managed to secure last minute through CouchSurfing.org. Our host Matt was super nice and we had a long conversation about the Tallest Man on Earth. And I think other bands that were coming up at the moment. We stayed with an old friend of mine from college who studies brain science and has a mind boggling collection of whiskey. We bought a case of cheap beer and looked through some thrift stores. Not much of a story, I know… clearly I need to spend more time there!

Thanks, Brittain. Boy do I love house shows… almost as much as I love handmade paper surprises from songwriters! Hope to see you tomorrow.