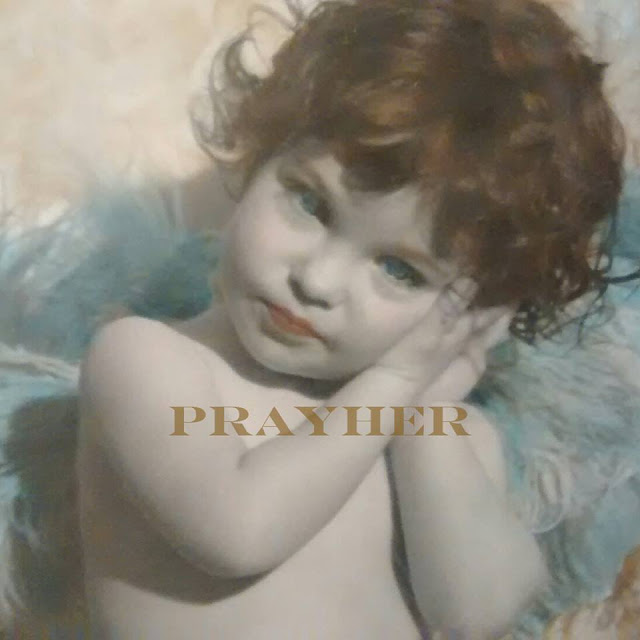 “Her amazing voice could lull any of us. Simple beauty is my favorite beauty.”

Prayher is the moniker for Pittsburgh based ‘R&B lo-fi’ songwriter Phoebe Rayher, who’s music transcends genre categorization as you can hear from her self-tilted debut EP. She occasionally plays out so if you get the chance to see her perform, take it. I want to thank Phoebe for taking the time to participate in this edition of First/Last.

My grandmother has a recording of me when I was four years old singing Whitney’s version of ‘I Will Always Love You.’ If I knew to ask for recorded music at that time I probably would have acquired ‘The Bodyguard’ soundtrack and played it on repeat. However, for better or worse I had to wait until third grade to receive “Spice” and “Spiceworld” by the Spice Girls as my first albums. To this day I don’t know if I’ve ever felt as free as when I put on ‘Wannabe’ and danced around my living room.

Lately I’ve been getting into Jessica Lea Mayfield’s “With Blasphemy So Heartfelt”, but I can’t listen for very long without getting really sad.

This one’s a tie. Liz Phair’s “Exile in Guyville” never ever gets old. There is a rawness to her songwriting, in that album in particular, that makes you feel as if you are hearing your own voice come out of the speakers. The themes of sex, femininity, loneliness and aggression are still pertinent and validating more than twenty years later. And as for Amy Winehouse’s “Back to Black” well, that album is so ingrained I could sing it in my sleep.

I couldn’t get into Azelia Banks’ “Broke With Expensive Taste”, which was a big disappointment. It just sounded too produced. Then her homophobic twitter rants kinda sealed the deal. Too bad since she is probably one of the most talented rappers around.

My parents have been taking me to jazz and classical concerts since before I can remember, and I am very grateful.

I just went to a show at The Mattress Factory. Half gender bending acts with Layne James & the Bang Gang and Leslie Rogers, half amazing ambient sets by Nelly Kate and the incredible Ivory Weeds.

That’s a tough one. I went to a tUnE-yArDs show in Philly last summer and she was every bit as marvelous live as she is in her albums.

I saw the Black Keys from way too far away.

Pittsburgh’s accessibility is not to be taken lightly. Anyone who is interested in self-expression should seriously consider residing in this city, which is incredibly affordable and at the same time so well connected to education, the arts, and social progress.

Thanks, Phoebe. I really love your music. What you do makes this music community so amazingly enriched and diverse. I truly believe that it is because of artists like you that we even have a ‘scene’ and I thank you so much for that.