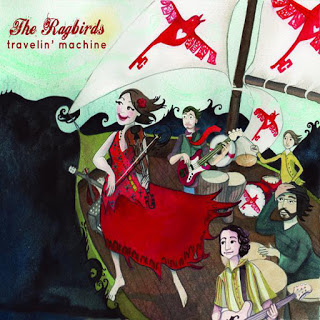 “Led by dynamic, energetic front woman and multi-instrumentalist Erin Zindle, The Ragbirds utilize an arsenal of instruments from around the world. The Ragbirds are a fusion of folk rock and pop hooks over danceable world rhythms stirred with a Celtic fiddler’s bow.”

The band return to play Pittsburgh tomorrow night at Brillobox along with Sephus Lee and Acrylic Clouds. My sincere thanks to bandleader Erin Zindle for taking the time to participate in this edition of First/Last.

Thanks, Erin. I must agree that the people in Pittsburgh are cool and down-to-earth if I don’t say so myself.