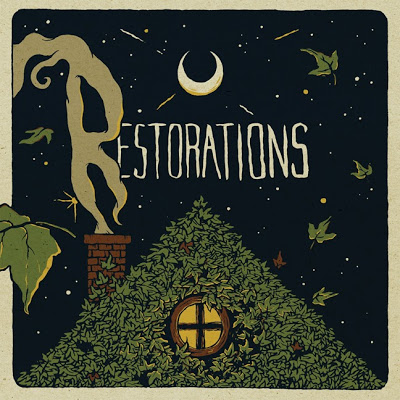 “At a time when the music world is saturated with more bands than ever, Restorations are a refreshing change of pace: An act who undeniably embody the DIY spirit but also bring along a real breadth of musical knowledge and an unlikely set of influences that somehow manage to work perfectly together. Equal parts punk rock and polemics, Restorations is a unique group of musicians that’s difficult to categorize and even harder to get out of your head.

Formed out of the ashes of the long-running Philadelphia rock act Jena Berlin, Restorations—vocalist/guitarists Jon Loudon, Dave Klyman and Ben Pierce joining forces with drummer Carlin Brown and bassist Dan Zimmerman— have crafted an album, LP2, that transcends punk rock and picks up where their extremely well-received self-titled LP left off. The irony of this situation is the fact that Restorations was supposed to be a break from the endless grind of sleeping on floors and playing countless tours that the band experienced in their previous incarnation.” 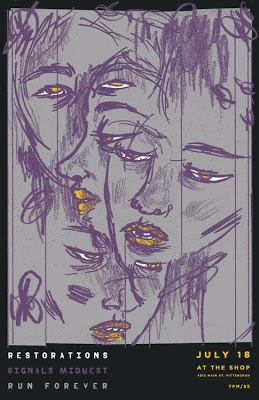 Check out the band on Facebook, Tumblr, BandCamp, iTunes and Twitter. The band is currently touring behind their latest release, “LP2“, via SideOneDummy Records and hit Pittsburgh tomorrow night at The Shop with Run, Forever and Signals Midwest. Big thanks to Jon Loudon (Guitar/Vocals) for taking the time to participate in this edition of First/Last.