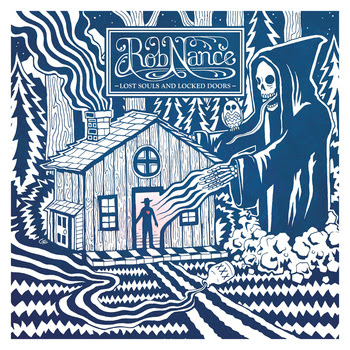 “Growing up on a steady diet of musical influences in North Carolina that ranged from Doc Watson to Neil Young, Rob Nance now writes songs that echo the traditions of southern and contemporary folk music. His first EP, Wake Up and Smile, was released in 2012 and his first full-length album, Lost Souls and Locked Doors, was released on June 11, 2013.”

Check Rob out at his official Website, Facebook, BandCamp, Twitter. Rob has just released his debut full-length, “Lost Souls and Locked Doors“, and I want to thank him for taking the time to participate in this edition of First/Last.