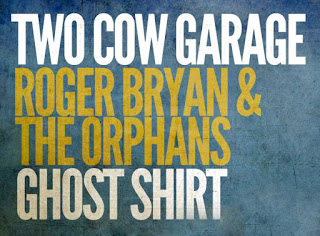 There is a lot going on this Friday but I am definitely going to make it a point to cap off the night at the T’Bird where three very cool bands are going to rock Pittsburgh hard. Being a fan of these bands, I just hope I make it early enough to catch them all. My thanks to Roger Bryan for taking a few minutes to participate in this edition of First/Last.

Thanks Roger. Can’t wait to finally see you guys play!