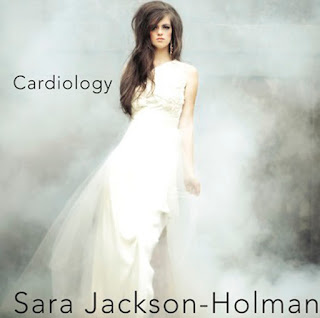 “Where the songs on Jackson-Holman’s debut, When You Dream (Expunged Records) were intended to be universal and interpreted by the listener, her latest release Cardiology expresses a very personal journey, specific to the study of her own heart this past year. “This album centers around themes of love and loss and my experiences with each over the course of this last year. Some songs, like “Do I Make It Look Easy” and “For Albert” are about moving on from situations – realizing and accepting that you can’t change people, which is challenging, but at the same time empowering, because that understanding ultimately provides you with a sense of peace. I also wrote songs to sort through what it means to lose someone you love, and what you do with that feeling of loss.”

Pianist Sara Jackson-Holman has recently released her latest effort “Cardiology” on Expunged Records. Being compared to the likes of Feist, Amy Winehouse and Adele, inevitably has begun some buzz on the Portland-based singer songwriter. I want to thank her for taking some time to participate in this edition of First/Last.

Thanks, Sara. Really diggin’ the vibe of your new album. Pencil in Pittsburgh in the future, we’d love to have you!