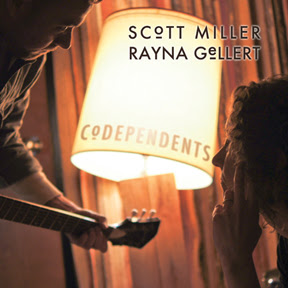 “Feisty, funny singer/guitar-slinger Scott Miller is not a simple study.
Raised on a cattle farm in Virginia’s Shenandoah Valley, where he expects to return before too long, he writes songs full of rural imagery, and his trademark is the mule. But he also has a degree in Russian and Soviet Studies from William & Mary and can write a rock song with the best of them.
Now comes this fiercely individualistic phase of the veteran artist’s career. “Owning your own record company is not as glamorous as the olden days,” he notes, “but with more money I can buy me some glamorous shit. But seriously, owning this record is not about making more money – it’s about keeping more money.”

You said “album” not CD…so I’d have to say Bruce Springsteen’s “Wrecking Ball”. I still listen to vinyl at home primarily. But not in the car, the needle skips too much.

Neil Young’s ” On The Beach”. These things are all subjective of course, but that album hit me at the right time: it was a rainy day.

This is a tricky question because it’s like asking you to say which one of your co-workers you don’t like, you know? I’ve gotten to actually know some of the artists I listen/listened to. And again, this is so subjective….I’m gonna say….nothing. Nothing at all. I ain’t sayin’.

John Prine/Steve Goodman at the Augusta Expo Center in Fishersville, VA. I was probably 8 or 9 years old. My sister, who would help shape my taste in music was supposed to be baby sitting me and took me along because she didn’t want to miss it. I remember the spotlight would hit Prine’s guitar and the reflection would blind me.

Los Lobos in Helotes, TX. I can make an argument that Los Lobos is THE BEST band America has. Who wants to debate?

Smokin’ Dave and the Premo Dopes, Planet Earth Knoxville, TN. I had just moved away from home to East Tennessee and this was the first “real” club/rock show I would ever see. One hundred fifty people crammed in a smoky (back then) club. Those guys were pound for pound, note for note, song for song as rockin’ as any band I have ever seen since.

Dylan and the Dead, RFK Stadium. It was hot, the sound sucked. And I wasn’t high.

THOUGHTS ON PITTSBURGH!!!???????? I’m sure I am not alone in experiencing the awesome vision of entering Fort Pitt tunnel in fog and coming out to a brilliant sun shining on an awesome river town. You know, the Lord loves and I love a river town and P’burgh has THREE! So triple the power. It’s also the first city where I understood the concept of a three day weekend….taken not given. I met (just talked to) one of the most beautiful girls I have ever seen in my life one night after a V-Roys show. When I came back to play later she had stopped by soundcheck to say hello and I just missed her. She left a note but no number (this was before cell phones, kids) and I spent a couple hundred bucks on cabs that night going all over town trying to find her. I never did. But I always think of her when I come play.

Thanks a lot, Scott. It’s funny that so many out of towners mention that tunnel view which I am lucky enough to experience everyday going to work. Never does gets old for me, though.