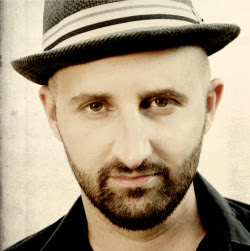 “Growing up on a commune in rural North Carolina, the son of classically trained musicians, Seth played cello before discovering the guitar. His introduction to the blues came via his Uncle Landon Walker who was both a musician and disc jockey. Before long Seth was looking to artists like T-Bone Walker, Snooks Eaglin, and B.B. King as a wellspring of endless inspiration. He released five albums between 1997 and 2007; his eponymously titled recording debut for Hyena Records broke into the Top 20 of the Americana charts and received praise from No Depression and Blues Revue, among others.”Leap of Faith”, Seth’s sixth album, was released in March 2009 and was in the Top 10 on the Americana charts for nine weeks, while receiving praise from numerous publications, including No Depression, The Washington Post, and The Wall Street Journal. “Walker’s sweet tenor carries an edge of pain, as well as affection for blue notes,” proclaimed NPR, who featured “I Got a Song” as their Song Of The Day, and Blues Revue opined, “Seth Walker may have titled his new album ‘Leap of Faith’ but it actually took careful planning and lots of talent to come up with such a magnificent set of songs.”In addition to extensive national touring, Seth was chosen to headline the 28th Annual Rawa Blues Festival in Poland and was a featured performer on Delbert McClinton’s Sandy Beaches Cruise in 2009 and 2010, while having opened shows for Raul Malo, Paul Thorn, and Ruthie Foster, among others. With a blues man’s respect for roots and tradition, coupled with an appreciation for—and successful melding of—contemporary songwriting, Seth is one of a handful of artists who incorporate a wide range of styles with warmth and grace. Perhaps Country Standard Time said it best: “If you subscribe to the Big Tent theory of Americana, then Seth Walker –with his blend of blues, gospel, pop, R&B, rock, and a dash country—just might be your poster boy.”

Check Seth out at his official Website, Facebook, Twitter and YouTube. He released his latest album, “Time Can Change” in June and you will probably hear a lot of it tomorrow night at the Thunderbird Cafe as he stops in Pittsburgh on his current tour. I want to thank Seth for taking a few to participate in this edition of First/Last.