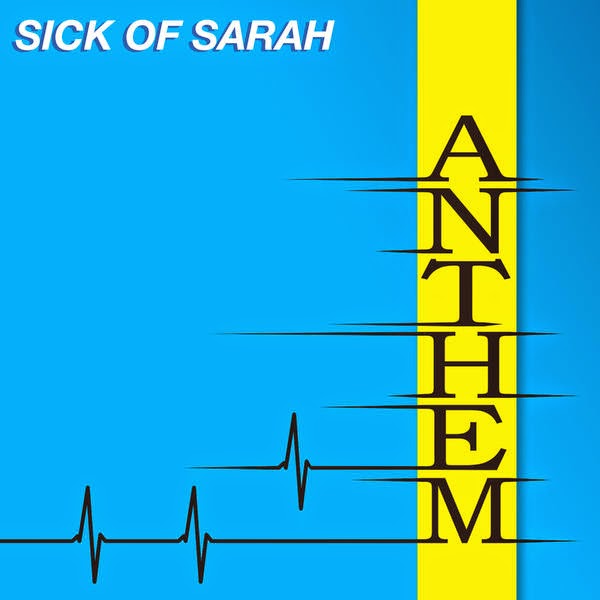 “When the girls of Sick of Sarah jumped on the stage of Minneapolis’ prestigious 7th Street Entry on April 7th, 2010, the room was shaking with excitement. The sold-out crowd pushed to get closer, waiting for a glimpse of the ladies that had only months earlier departed for a tour across country. After touring behind their self-titled debut LP for most of 2008/2009, Sick of Sarah had built some anticipation for their homecoming, “This was our final Minneapolis show before making the new record, we felt this was the end of the first chapter, and we couldn’t wait to show everyone what was coming next,”
says Lead Singer, Abisha Uhl.”

Sick of Sarah is an indie rock band from Minneapolis, MS. You can preorder their upcoming release “Anthem” now and see them live in Pittsburgh tomorrow night (4/22) at the Hard Rock Cafe. I want to thank Jessie Farmer (Lead & Rhythm Guitar/Backup Vocals) for taking the time to participate in this edition of First/Last.

Nirvana “Incesticide”. Great album! That was my very first CD.

It would be nearly impossible to narrow it down to one favorite album of all time as there are so many great albums! I am a big fan of “greatest hits” records. Like The Beach Boys and The Mama’s and Papas, Buddy Holly ect. You can’t go wrong!

I would say my least favorite records are anything by Nickelback or Creed. Not into them AT ALL.

Hole and Veruca Salt. Big fan of VS not a big fan of Hole.

The last show I went to was epic. It was Cher and Cundiff Lauper. Amazing!

I guess I haven’t been to too many bad shows. I generally enjoy my experiences when I go out to see a show.

We haven’t really spent a lot of time in Pittsburgh but we look forward to becoming more familiar with it. See you soon!

Thanks, Jessie. I too like greatest hits albums. Although with the new ways and availability of listening to music, ‘greatest hits’ is almost an archaic thing of the past.