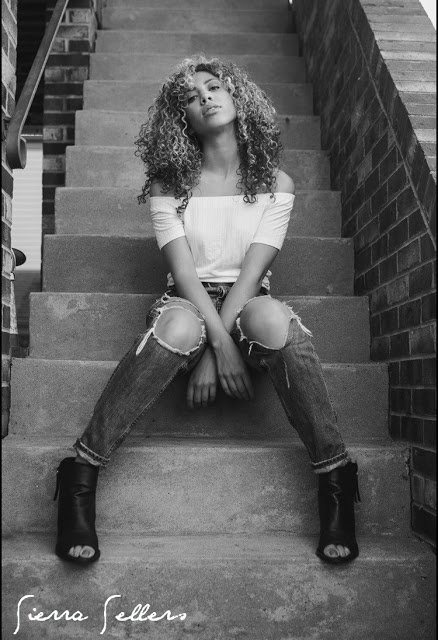 “Sewickly native Seirra Sellers grew up on a steady stream of R&B, rock, country and gospel thanks to her family’s eclectic taste. She found herself gravitating towards neo-soul artists like Jill Scott, India Arie and Lauryn Hill. Sellers found encouragement in a very good group of friends she’d met throughout her life, especially at St. Vincent College, where she recently graduated.” – Cindy Howes (WYEP)

Sierra Sellers is an up and coming Pittsburgh based R&B/Soul songwriter who recently released her latest single “Gimme” produced by Washington D.C. based K-Ron. Sierra will be bringing her festive vibe (along with a who’s who of local musical talent) as part of the 7th annual Holiday Hootenanny presented by WYEP on December 7th at the August Wilson Center. I want to thank her for taking the time to participate in this edition of First/Last.