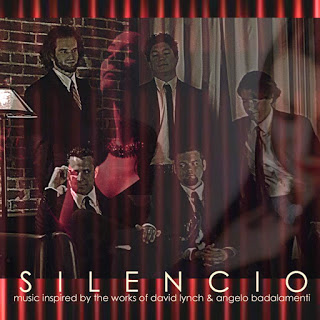 “This Pittsburgh collective has been inspired from the dark and sometimes quirky films of David Lynch to not only re-create the timeless soundtracks of his films, but to also compose original music based on the direct influence of Angelo Badalamenti’s noir-jazz vignettes.”

The group is having it’s CD release gig tomorrow night at Club Cafe. My thanks to guitarist Kirk Salopek for participating in this edition of First/Last.

Thanks, Kirk. The project sounds extremely interesting. By the way, my favorite concert ever was also Camper Van Beethoven. Metropol ’89 perhaps?