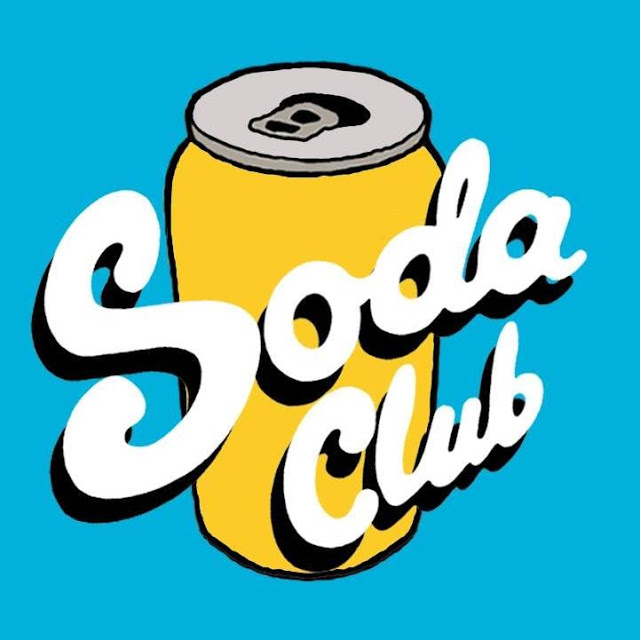 Soda Club is hard-twee sax pop band from Pittsburgh who are diligently working to get their debut EP entitled Enjoy out to the world on Friday February 2 by celebrating with a cool release show at The Bushnel. Their Bandcamp option will go live that day as well. To warm up, they will be playing this Thursday (1/25) at Shnel Snail Trail. Go ahead, say that venue three times fast. I want to thank Shay Park (Guitar/Vocals) for taking the time to participate in this edition of First/Last.

I can’t remember the first album *I* ever bought, but the first album ever bought for me was Oops!… I Did It Again. It definitely was a game changer. I was 6 or 7 and I had a notebook at the time that I would fill up with ripped off Britney lyrics.

I think it was Emotions and Math by Margaret Glaspy. Very good.

Oh shit. Is This It? by the Strokes is what came to mind first and I don’t want to overthink it.

Youth Lagoon’s second album! Their first album, The Year of Hibernation, is definitely up there in the tops, but then Wondrous Bughouse was one of the most depressing experiences. It was the opposite of beautiful and good. Hahaha.

Rooney at a bar in Austin, Texas. I was born and raised in San Antonio. The Polyphonic Spree was the headliner but I was 12 or 13 and a huge Rooney fan. They were the first band I heard that wasn’t from the radio. It blew my mind that so much other music existed.

I don’t want to count the shows that I play, ha-ha, so I’ll say Darwin Deez.

That was a little while ago, but it was a great show. Our friends Distant Futures and Anthony Heubel opened, they’re both great.

This is a hard question. I’ll just go with one of the times I saw my favorite live performer, Kishi Bashi. My friend Charlie drove us to Cleveland. We’re both huge Kishi Bashi fans forever. We danced around until we were sweaty and exhausted. He puts on the best shows, I always beg people to see him if they have a chance.

Passion Pit at CMU. It was a free show. I was 17. I went by myself and got there way too early but I was front & center. Donora opened and they’re rad. And then right before Passion Pit came on, a woman stood next to me and kept whipping her hair into my face and elbowing me. It was very uncomfortable but I wasn’t brave enough to say anything (this would change later in life). The guy standing next to me noticed how uncomfortable I was and offered to switch with me. Then when she elbowed him, he asked her to stop and she started saying loudly that he was groping her. I left before Passion Pit even came on.

I’m not from Pittsburgh but I’ve enjoyed living here. I’ve been here since I was 16 and now I’m 24. I definitely have way more opportunities here than I ever would have had in San Antonio, musically speaking and otherwise. The bus system here gets a bad rap but I didn’t even have a bus system when I was growing up. This isn’t my final stop by any means, but I’m grateful for the experiences I’ve had since I’ve been here. Pittsburgh is great.

Thanks, Shay. I ALWAYS had problems with people nudging up close to the stage as I waited for hours and being totally annoying (drunk) when the opener was about to come on. Most of the time I was waiting to get a good photograph and was usually O.K. with leaving after a few songs but those people are the fucking worst.