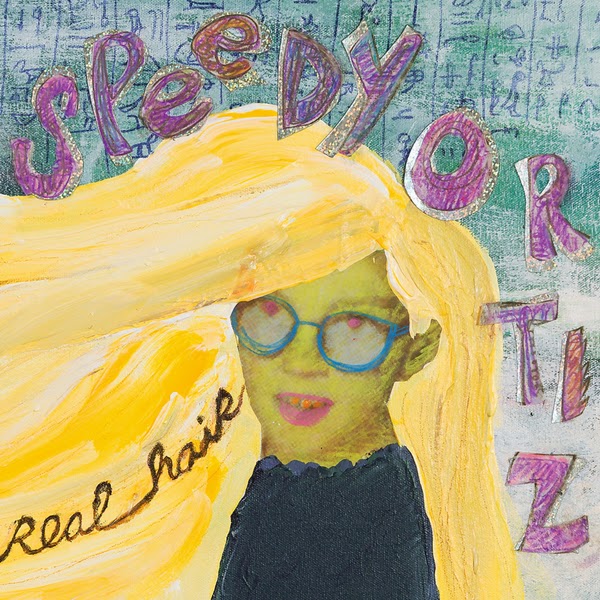 “From their start as a full band, Speedy Ortiz found a warm reception in the Bay State’s rock underground, from Boston’s basements to Western Massachusetts’ experimental scene. In March 2012, the band recorded and self-released a two-song single (“Taylor Swift” / “Swim Fan”) with Paul Q. Kolderie (Pixies, Hole) and Justin Pizzoferrato (Chelsea Light Moving, Dinosaur Jr.). Establishing both creative momentum and a fanbase earned through near-constant U.S. touring, they continued with the Sports EP, a loosely conceptual 10” released on Exploding In Sound that June.

Their debut album Major Arcana, named Best New Music by Pitchfork, saw the evolution of Speedy Ortiz from a lo-fi project into a wholly collaborative effort, marked by Darl Ferm’s thick bass lines, drummer Mike Falcone’s boisterous fills, and the counterbalance between guitarist Matt Robidoux’s anti-melodic playing and frontwoman Sadie Dupuis’s angular riffing. The end result is a band able to distill their influences and impulses into something at once dissonant and melodic.”

Check out the band on Facebook, Twitter, LiveJournal and BandCamp. The ‘snack-rock’ quartet has two albums and three EP’s under the belt, the latest being “Real Hair” via Carpark Records. You can probably hear most of it live when the band returns to Pittsburgh this Thursday at The Smiling Moose on a bill with local Legs Like Tree Trunks, The Fledgelings and Wicked Chief for the early show. Much thabks to Matt Robidoux (Guitar), Mike Falcone (Drums), Sadie Dupuis (Guitar/Vocals) and Darl Ferm (Bass) for taking a minute to participate in this edition of First/Last.

Thanks, all. Not so fast on the mourning of 222 Ormsby, Matt. From what I hear, they are figuring out logistics and may be putting on shows again at the end of Summer? Finger’s crossed.