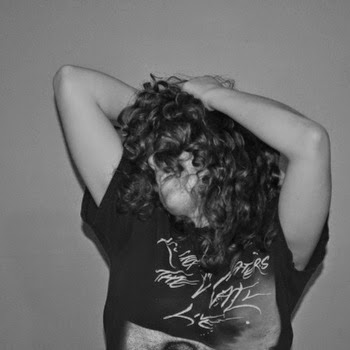 Suburban Propaganda is Pittsburgh acoustic ‘folk-punkster’ Alaska Antestenis. I am honored to have him help me celebrate ten years of HughShows today and thank him for taking the time to participate in this edition of First/Last.

I can’t remember the first album I ever bought, but I can tell you the first life-changing album that I bought. One fateful day, I was a lonely, depressed 13 year-old walking through Target when I stumbled across My Chemical Romance’s “Danger Days”. I had heard the band name before and decided to pick it up. I brought it home, listened to it and my life was forever changed. This is really the record that got me into punk rock. Sure, I had listened to Nirvana, the Offspring and Green Day previously through friends and family members, but this is the first record of that sort that I really experienced. This got me into the rest of My Chem’s discography, which led me to the Misfits and Black Flag, which led me to the Descendents, the Dead Kennedys, and Minor Threat, and my life was never the same.

Dead Kennedys’ debut record. Amazing as is all of their stuff.

“Get Real” by Math the Band. With the exception of ‘One 45’ and the title track, ‘Get Real’, every single song on that record is mind-blowing and I can sing along to all of them.

The Descendents’ “Cool To Be You”, while my first record with the group, is a very mediocre album. Sure, songs like ‘’Merican’ and ‘Dog and Pony Show’ will always have a special place in my heart, but this album is okay at best when compared to “Everything Sucks” and “Milo Goes to College”.

Andare, a metalcore group which eventually broke up three months after I saw them, at the Smiling Moose in 2012. The only reason I was there was because I was dating the younger sister of the drummer and had gone with the whole family to see the show, I know, not that exciting.

A small park show put on by Vertical 48 who were opened by Chase the Monkey, one of my favorite Pittsburgh bands, and a folk artist whose name escapes me at the moment.

It has to be when I got the chance to see Math the Band live last summer. It was an incredible experience, despite that only half of the band was present. I had waited months for this small event at Garfield Artworks, listening to their “Get Real” record on repeat and then I finally got to see them and they didn’t disappoint.

Pittsburgh has a great community filled with very talented individuals, but I think that there needs to be something new. Everybody does the same 4 or 5 things and there is rarely any innovation going on. Even my music falls into the same Folk Punk stuff that has been done a hundred times over. Nothing in Pittsburgh right now is leading the way, and that’s really my only complaint with the scene.

Thanks, Alaska. Keep doing what you are doing and the scene you want will happen. That might sound corny as hell but I totally believe it.