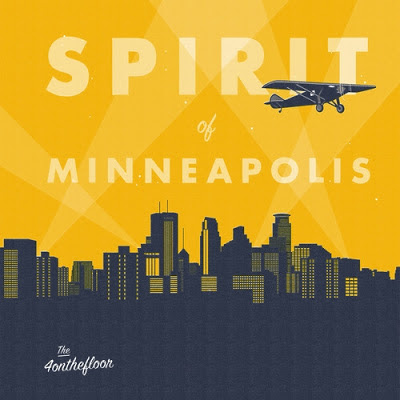 Friday, June 7, 2013
Southside
“The 4onthefloor deliver stompin’ blues at an alarming intensity. 4onthefloor was born in the bottom of a bourbon bottle with the idea that it’s effing time to have some fun and make amazing music as well. Audiences immediately took to the infectious driving feel of not one, but four bass drums pulsing to the beat of the songs. The music is inspired by the gutsy stomp of the Delta Blues and the hoe-downs from America’s past and present. While 4onthefloor prides themselves on their original songs, they also love putting their signature stomp on covers from the likes of Wilco to Tom Jones. This makes 4onthefloor one of the most entertaining bands on the Midwest music scene today, and the world tomorrow.”

Check out the band at their official Website, Facebook, Twitter, YouTube, MySpace and SoundCloud. They stop in Pittsburgh tonight at the Moose touring behind their latest effort, “The Spirit of Minneapolis” supporting Filligar. My thanks to Gabriel Douglas (Bass Drum 1) for taking the time to participate in this edition of First/Last.