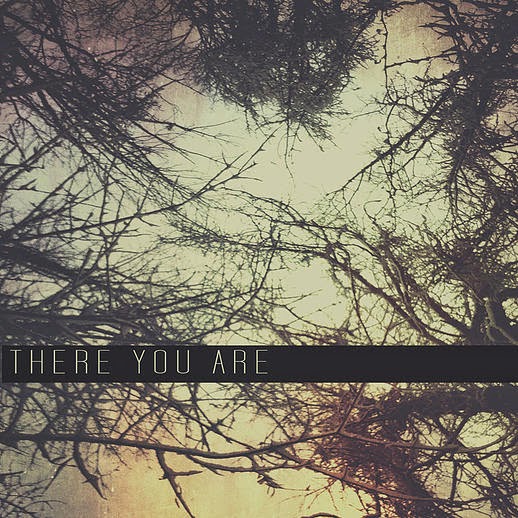 “There You Are is a 4 piece rock band from Pittsburgh Pa. The band was foundedby members Tom Chorba (vocals, guitar) and Matt Bean (drums) who were childhood friends and jam buddies. Through the years, these two members have played in a variety of projects in the area, occasionally crossing paths, until late 2013, when they decided to write together. The band was initially formed just to create some enjoyable music to enable the two to play live as something to do on the weekends; and thats exactly how it went for the months after. A demo was released mid 2014 to satisfy demand of small fan base to have something physical to listento; and a successful release show was organized for this release. This demo, labeled “There You Are” was a mix of various musical styles that included new members Ryan Drish (guitar) and Justin Trevis (bass). With the addition of these members, a more sophisticated ep was planned to pull together the band’s musical identity. This was followed with the recording of the band’s debut ep (self titled) which was recorded in the last two months of 2014; scheduled to be released early february. Two rather high attended shows opening for Royal Blood and also Richie Kotzen allowed this band to debut in front of a fresh local audience, to very well ratings among audience attendees.”

There You Are is an alternative grunge-rock band from Pittsburgh. They have a self-titled debut EP out and will more than likely playing some of it on Friday night (5/8) at The Smiling Moose Upstairs for an early 6pm show with Turnpike Gardens and Good Ship Gibraltar. I want to thank Tom Chorba (Guitar/Vocals) for taking the time to participate in this edition of First/Last.

Oh man. This is tough. The Kinks “Village Green Preservation Society”. I bought it in 10th grade with my own money, but I got some prior.. When “I’m blue da ba dee ba da” by Europop came out, I got my dad to buy it for me. (So that may be first)

Holy s*** lol… Foxy Shazam’s “Gonzo” was the last one I legally got ha-ha but it was free.. before that, it honestly may have been “Wasting Light” by the Foos.

That’s a loaded question lol; “Ritual de lo Habitual” by Jane’s Addiction might be my favorite. The best days of my life had that as the soundtrack. I lost my virginity to it… Yeah that’s it ha-ha.

Hahahahaha dude… I remember when I got “Appetite…” when I was little, and I heard ‘You’re Crazy’. Well that says the f-word… And I was chilling in my room, listening to it on my PlayStation 1 (so prior to 2000, because I got PS2 when it came out in 2000), and I took it out, scared shitless because of the word I heard and wasn’t supposed to hear… I took it to my mom, said I didn’t want it anymore, she said “why”. I said “cause I only know 3 songs (‘Paradise’, ‘Sweet Child’, ‘Jungle’)” she said “listen to more, you’ll like it” so, being a good boy, I listened to my mom, and also being scared to tell my mom what I heard, I kept it… So that album disappointed the 7 or so year old tom that heard it… I can just say “Year Zero” by NIN if you want a simple answer, ha!

America (you know, ‘Horse With No Name’?) I was 7-ish, at the South Park Rib Fest. Just me and Papa T… Might have seen The Clarks one year earlier, but that could’ve been the following year… Go with America at 7 ha-ha.

The bike trail, ha! But musically, it’d be opening for Royal Blood in December.

Thanks, Tom. Out of the hundreds of Q&A’s I have conducted on the blog, you seem to have had the most fun out of everyone answering. Thanks, buddy!