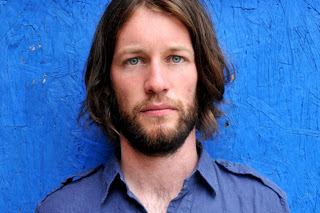 “These United States has announced the release of its forthcoming self-titled album, out on June 12th with United Interests. Written and recorded throughout 2011 with 20 outside musical collaborators from coast to coast, the s/t release is aptly named serving as a culmination of bandleader Jesse Elliott‘s geographical aspirations. The band will support the album on a run of Midwest and East Coast dates with Trampled By Turtles, commencing the tour with a sold-out Minneapolis performance.These United States is the quartet’s fifth studio album to date and features collaborations with John McCauley of Deer Tick, Michael Nau of Cotton Jones, Matthew Houck of Phosphorescent, Laura Burhenn of The Mynabirds, Ben Sollee, David Moore of Langhorne Slim, Josh Read of Revival, and the entire Frontier Ruckus band. Recorded with Duane Lundy (Jim James, Ben Sollee, Adam Arcuragi), the LP is a rambunctious melting pot of rock-and-roll, psych pop, folk balladry, and outlaw country. It’s a concept album that acts as a panoramic snapshot of numerous American musical styles over the past century, but still looks forward to the weird new world at the completion of the Mayan calendar.”

The band is playing a sold out show tomorrow night at Smalls opening for Trampled By Turtles. I previously featured them a few years ago when drummer Robby Cosenza played the First/Last game. Today it’s the band’s songwriter Jesse Elliott’s turn, and as always, I really appreciate him taking some time in doing so.

Thanks Jesse. From the small preview, I have to say I am really looking forward to the album!