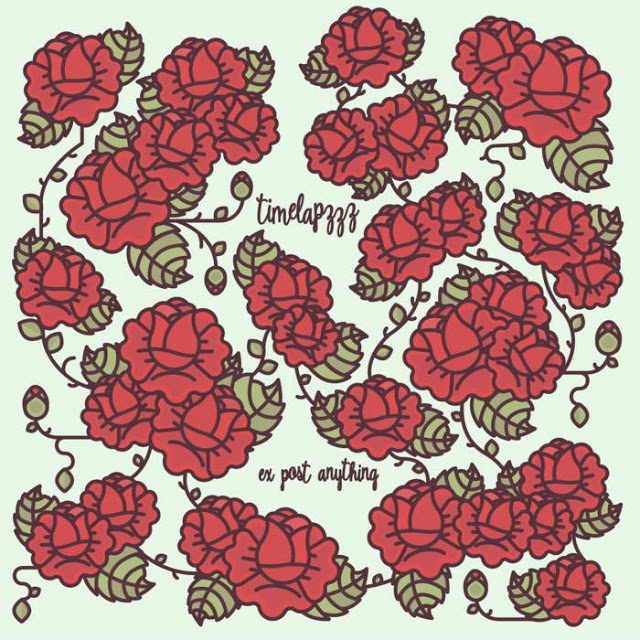 “He surfaces suger-laden melancholic hooks through a curtain of haze and thick low end: all the essential ingredients of catchy electronic pop.”

Timelapzz is the moniker of Aaron Joseph, a Philly songwriter/producer who’s will be stopping through Pittsburgh this Friday (3/24) at Cafe Verona in support of his debut release Ex Post Anything. I want to thank him for taking the time to participate in this edition of First/Last.

No Doubt’s Tragic Kingdom. Because of my mom, I grew up listening to a lot of lady songwriters/lady-fronted bands like Laura Nyro, Carly Simon, Fleetwood Mac. In fourth grade No Doubt had just crossed over from ska and I was just starting to discover music on my own and it felt really fresh and new to me. When you’re that age you’re such a perfect receptor for ANYTHING that’s popular, while also lacking the ability to judge and filter it. ALSO No Doubt was my first concert, and it’s really nice to have this memory of Gwen Stefani before she became this icy, humorless representation of mainstream corporate music.

I’ve become less and less of a purist about where my music comes from. These days if I want to hear something really fresh or some really interesting producers and songwriters I’ll go on Soundcloud. A lot of times I’ll put myself into a k-hole on there to get inspired before hitting the studio. Spotify, too. Last year I got really fired up about new Frank Ocean album – I bought that just to get around the Apple Exclusive.

I saw Shamir last month and his new stuff is really cool, huge departure from the first record. Also Marie Davidson at this tiny divey club in South Philly was transcendent.

In 2013 I was coming back the next day from a show in Brooklyn and so hung over. Like “puking in bathroom sink of a midtown McDonald’s” hung over. Just a mess. It was cold, it was February, and I was waiting through bus after bus to ride standby back to Philly. I played a totally forgettable show later that night, BUT THEN I ended up at this huge warehouse dance party. Parquet Courts was playing and this was right after Light Up Gold came out. It was a total communal experience where everyone was dancing and losing their shit and dragging me out of post-hangover into this higher state.

I’m old and picky about concerts now, I don’t really go if I’m not sure I’m going to have a good time. Probably the closest thing would be Kanye’s most recent tour, where he cancelled the Philly date twice after I’d been so hype about it. Sorry for talking about Kanye much… now you know how my friends feel!

The people. Every time I play a show in PGH everyone is so friendly and hospitable, down to earth. We’re both the oddball big cities in this backwards state and I always enjoy meeting y’all. Also yinz > jawn.

Thanks, Aaron. I have always had this weird love/hate relationship with Philadelphia. It’s like we are supposed to be ‘sister-cities’ or something, yet the only thing we do share is being stuck in the Commonwealth.