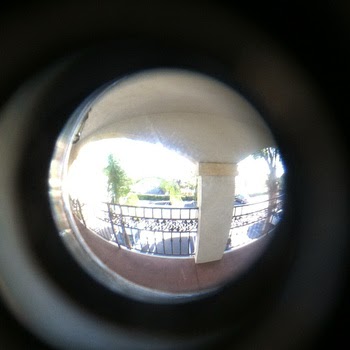 “Tom Catmull has been around the Montana music scene quite a bit. He’s fronted bands like Tom Catmull and the Clerics, performed solo, and now his latest effort, Radio Static, is making its mark. Based out of Missoula, Tom Catmull’s Radio Static hearkens back to the vibe of old-school, ’60s classic rock just as much as it sounds truly original and unique. Tom’s cohorts on this project, bassist John Sporman and drummer Travis Yost, provide an invaluable backbone and rawness to the band.”

Tom Catmull’s Radio Static is Americana garage rock band from Missoula, MT. You can check out a slew of their latest singles at their BandCamp page. My thanks to Tom Catmull himself for taking the time to participate in this edition of First/Last.

I was gifted a stack of 4 cassette tapes on top of my big Christmas present,.. the BOOM BOX! It included The Rolling Stones’ “Hot Rocks”, “Queen’s Greatest Hits”, Steely Dan’s “Countdown to Ecstasy” and 38 Special’s “Wild Eyed Southern Boys”. Unfortunately, that only gets about a 2 1/2 out of 4 for me. I remember purchasing some “Cheap Trick” on vinyl at the Stop n’ Go down the street as a teen. It was an “ok” album, but I still like their pop sentiment.

I think Calexico’s “Algiers”. Those guys are an amazing blend of traditional and slightly strange. Perfect.

Willis Allen Ramsey, self titled release from 1972. His only release. I’ve listened to it too often, so I ignore it mostly,…but then it will accidentally show up in a song shuffle and kill me all over again.

I don’t like Becks new award winning album. And I didn’t like Neil Young’s “Harvest Moon” for the same reason. I can only take so much melancholy. That said? Sufjan Stevens is tempting me with his reportedly uber-meloncholy new release. Dammit.

Chicago. Not the great Chicago, but the watered down 80’s Chicago with WAY TOO MUCH Peter Cetera and not nearly enough of the horns. It was not a glorious concert beginning and helped shepherd me as a teen into the somewhat evil arms of classic rock. I have since escaped both, but they still haven’t washed off completely.

Joe Purdy at the Top Hat in Missoula, MT. Not too shabby, sir. Not. Too. Shabby.

That’s almost impossible to say. I saw BB King and Bobby Bland at a blues festival in Houston when I was like 16 and I dug being the only pimple faced white kids in the audience. The music was amazing. The Avett Brothers killed me a few years back. Cake. And on and on.

In like 1987 I saw a double billing of America and Three Dog Night. I was too young and foolish to know they would suck. As a result of that show, I try desperately to resist when they wheel out the legends. Though, there are a few exceptions to that rule for me.

I grew up in Houston pledging allegiance to all things Earl Campbell and Houston Oilers. I hear it’s a nice place. But I’m afraid I can never fully accept or appreciate all it has to offer. The scars don’t show, but are still tender none the less.

Thanks, Tom. It is time to move on, man. Come to Pittsburgh to play a show and hopefully those scars will heal.