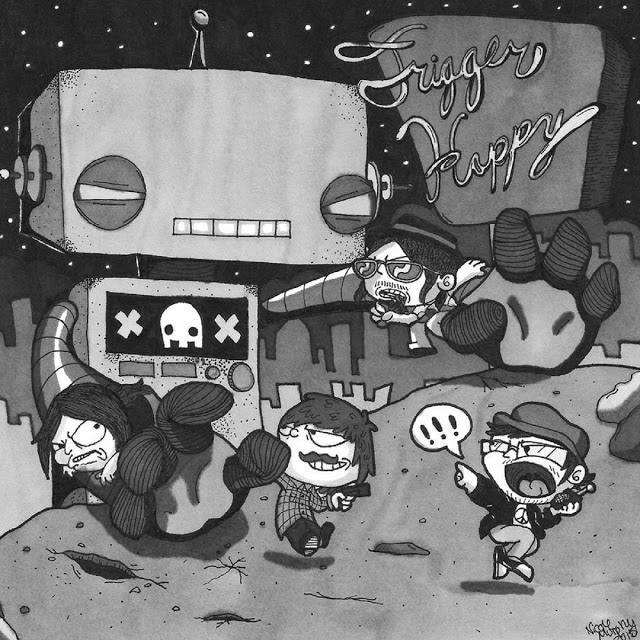 “Formed in 2011 by brothers Stephen and Keith King to ‘rock out and have fun,’ Trigger Happy has made a name for themselves as a unique band self dubbed Psychedelic punk.

Trigger Happy is an indie rock band from Butler, PA who’s debut EP The Boy Who Lived hints at what’s to come from this up and coming quartet. Eager to make their mark this year, the band is busying plans to play out as often as possible while working on a follow up. I want to thank songwriter Stephen King (Guitar/Vocals) for taking the time to participate in this edition of First/Last.

I love walking along the North Shore in the summer at night time. It’s sopeaceful to sit by the Mr. Rogers statue and take in the whole city. Pittsburgh and the Northside in general is beautiful. I spent a decent part of my youth volunteering at the Light of Life Mission. I love that we are a sports town, and fairly down to earth. Only in Pittsburgh is it acceptable to wear a jersey to a fancy affair!

Thanks, Stephen. I will always remember that Bright Eyes show because the lighting was just about perfect. I couldn’t take a bad picture that night.