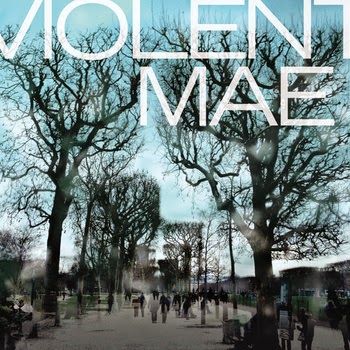 “VIOLENT MAE (Becky Kessler & Floyd Kellogg) was never intended to be a band. Becky asked Floyd to record and produce her first solo album, and as soon as they hit the studio, chemistry and dynamics between the two sparked the evolution of an artistic partnership, VIOLENT MAE. Their self-titled, full-length debut record was released in November 2013. Becky, singer and guitar player, calls the Outer Banks of North Carolina home, where she finally settled as a teenager after moving every year or so, mostly around the Southeast U.S., to 11 different places. It was in North Carolina where she honed her songwriting. A friend invited her to live and work on an organic farm in Connecticut, where she met Floyd, a multi-instrumentalist, engineer and producer. The two began recording at Casa de Warrenton Recording Studio in Hartford, expanding Becky’s songs with Floyd’s arrangements and parts. Together, they ultimately formed VIOLENT MAE after making a
record, playing all the instruments on it and opening for Nels Cline and Julian Lage at one of their first live performances. VIOLENT MAE won Best New Band at the 2013 Connecticut Music Awards and has shared the stage with Bronze Radio Return, Cymbals Eat Guitars, Brad Corrigan of Dispatch and The London Souls.”

The Connecticut ‘alt-rock’ duo was recently featured on the Paste 50 States Project. They have a self-tiled debut from 2013 and are working on new music as I write this. I want to thank Becky Kessler (Guitar/Vocals) and Floyd Kellogg (Drums.Vocals) for taking the time to participate in this edition of First/Last.

Thanks, Becky and Floyd. I wanted to bypass the obvious, Floyd but DSotM? That is quite awesome!