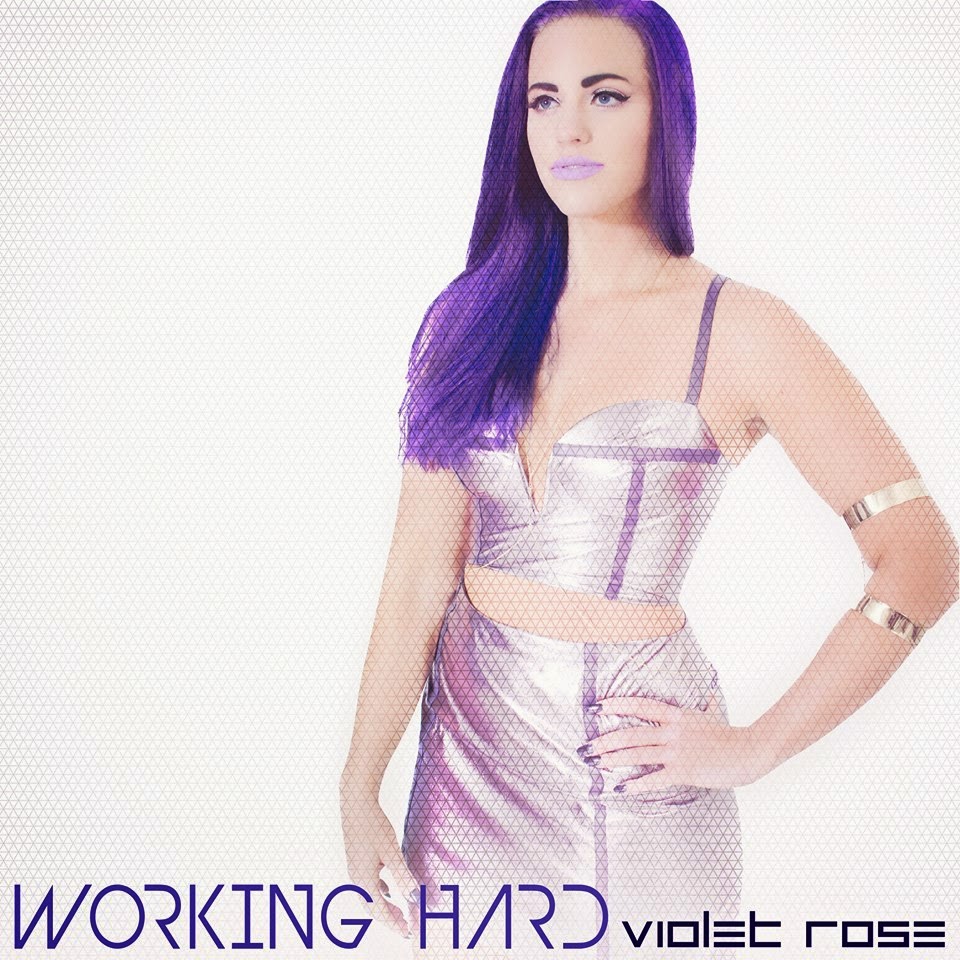 “Violet Rose is a recording artist/singer/songwriter based out of New York/ Los Angeles. Her powerful vocals and inspirational lyrics motivate her music’s innovative colors and progressions. Combining visual and aural beauty, Violet Rose is an artist that embodies the future of music.”

Violet Rose has a new single out entitled ‘Working Hard‘. The song has been in the works for nearly 10 years, since she wrote it as a childhood dreamer. ‘Working Hard’ was recorded in New York City with producer Jeremy McDonald, who put a futuristic touch on the music. The focus was to combine VR’s vocals/message with a modern edge to create a fresh image for her audience. Much of the team that recorded this song work mostly in New York and Los Angeles, but connected through their Pittsburgh ties. I want to thank her for taking the time to participate in this edition of First/Last.

The first album I ever owned was “Aaliyah”.

Bank’s “Goddess”, I have been obsessed with her unique voice and catchy progressions.

If I had to narrow it down I would say: Little Dragon “Nabuma Rubberband”, Stevie Wonder “Innervisions”, Drake “Nothing was the Same”.

In general I have been disappointed with many of the pop albums that were released recently. I feel we are desperate for a new sound, someone to make us excited about music again.

First concert was Crosby Stills Nash and Young with my Brother, sister, and father.

The last concert I saw was St. Vincent. She was absolute perfection live.

I narrowed it down to three. My favorite concerts would have to be Daley, when I opened for him, Jay Z, & Gary Clark Jr. at the Brooklyn Bowl the night Obama was elected for his second term.

I honestly do not have a least favorite concert. I can always take something positive from a live performance.

My favorite memories in Pittsburgh would be making music with my friends and witnessing their individual projects take flight. Watching all of us fighting to be the artists we want to be is a beautiful thing.

Thanks, Violet. If that CSN show was in Pittsburgh, chances are I was there.