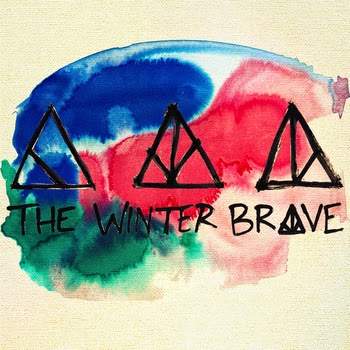 “It’s amazing what the power of the internet can do for three friends in a rock band from a small town in Pennsylvania. A little over a year ago, The Winter Brave were all attending college in three separate states. Playing together in a band wasn’t plausible, there was too much distance and not enough time. Fast forward to present day and they’re dominating the front page of Reddit, having Dave Grohl blast their music, appearing on BuzzFeed and performing at SXSW. Now that’s a big change in just one year for a small band from Pennsylvania.” – The Undiscovered

Check out the band on Facebook, SoundCloud, BandCamp, YouTube, Twitter and Reddit. The Pittsburgh ‘Alt-Garage-Funk-Rock’ trio just released their latest EP, “Lonely Days” today and I want to thank Jake Scarpino (Guitar/Lead Vocals), Chris Beaulieu (Bass/Vocals) and Sam Scarpino (Drums/Vocals) for taking the time to participate in this edition of First/Last.

Thanks, guys. All three of you guys liking the same show as your Fave ever? Now that’s a tight-knit group.