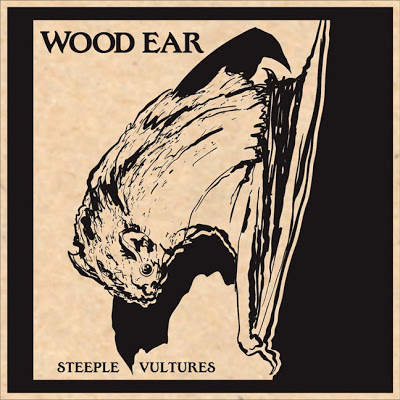 Check out the band at their official Website, Facebook, BandCamp and Twitter. As part of my ongoing coverage of the Paste 50 States Project, we again hit North Carolina with Wood Ear. My thanks to Nate Tarr for taking a few minutes to participate in this edition of First/Last.

A baby sitter took my brother and I to the record store and treated us to a record. I chose “Slippery When Wet” by Bon Jovi (on vinyl) and my brother got “Sports” by Huey Lewis and the News. He definitely made the better choice on that one.

“Special View” by The Only Ones.

Obviously this is really hard to answer, but I’ll go with Jawbreaker’s “Unfun”. Other close contenders are C.O.C.’s “Animosity”, The Clash “London Calling”, Bad Brains’ s/t, and Born Against’s “Rebel Sound of Shit and Failure”.

Bonnie Raitt. I got a free ticket to a Tesla and Great White concert a few years before that. I would rather have been my first, but my parents wouldn’t let me go and later bought me tickets to see Bonnie Raitt’s tour supporting “Luck of the Draw” for my birthday. It’s a real bummer.

Springsteen at Keenan Memorial Stadium in Chapel Hill around 2003. My wife and I scored cheap general admission tickets from some folks out front right before the show and got 5 people from the stage. It was amazing. It was right after Johnny Cash died and he started the set with a tear-jerking cover of ‘Walk the Line’ that was really intense.

I think I’ve succeeded in forgetting or leaving the dozens of terrible ones over the years.

It’s totally underrated by a lot of people. I toured through there with a band in 1997 and it was a highlight because of ‘O’ fries and rad people. Then, I lived there for a year in 2002 & 2003 and loved it. There are a lot of things that I miss about it. It has much more personality and many more interesting features than cities in the Piedmont of NC where I live now. I fantasize about moving there with all of my friends and family.

Thanks, Nate. Hey man, Pittsburgh is awaiting your return! Don’t fantasize, DO!