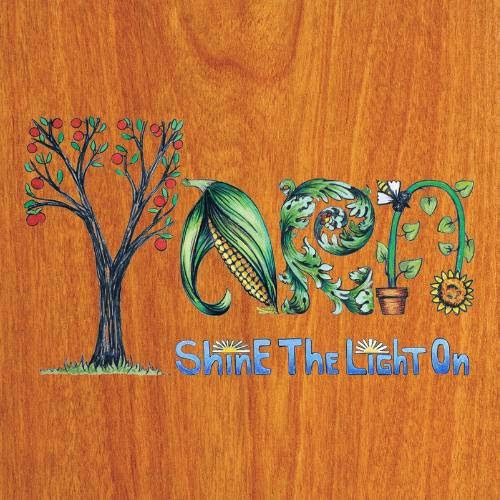 “Since their start in 2007, Yarn’s original Americana sound has developed into music that seekers of the unique see as the soundtrack to their lives. Yarn’s first four albums were recognized by the AMA’s and R&R radio charts, spending time in the top 5 at their highest point. Yarn has become one of the hardest-working and harder-touring bands for this generation’s digital natives and new music followers.”

The Brooklyn-based roots outfit stops in Pittsburgh this Thursday night at the awesome venue The Pittsburgh Winery behind their latest release, “Shine the Light On“. I want to thank Blake Christiana (Guitar/Vocals) for taking a few to participate in this edition of First/Last.

I can’t remember for sure, I got Van Halen “1984” on vinyl for my birthday. I also bought Twisted Sister’s “Stay Hungry” and Lionel Richie’s “Can’t Slow Down” around that same time. I like to think it was Lionel.

“Townes Van Zandt Live at The Old Quarter” on vinyl. I bought it at Vintage Vinyl in New Jersey. Definitely one of the best record stores in the country.

That’s hard. I’m an 80’s kid, so staying true to my roots, I have to say Paul Simon’s “Graceland” and INXS “Kick”. But right now, it’s ‘The Heartworn Highways Soundtrack’ which features Rodney Crowell, Townes, Guy Clark, etc. I’m not even sure that came out on CD, but my friend gave me a copy a few months ago. They might have just burned it off the DVD onto CD to listen in the car. Regardless, it’s my favorite album right now.

I am pretty sure it has to be something that someone handed me at a show. But the specifics elude me and that’s for the best.

Crosby, Stills, and Nash at SPAC in Saratoga in 1990 I believe. I was 14 and I actually got handcuffed and drug through the crowd for peeing in public. They brought me to this weird building behind the amphitheater and cuffed me to a wall and tried calling my parents, luckily they weren’t home.

I was 16 and I saw Neil Young on his ‘Harvest Moon Tour’. That show still has not been topped. This question has made me rethink my favorite album of all time. There’s just too many to have only one.

I saw Gilby Clark at a dingy rock club in Upstate New York way back in the day. He was the rhythm guitar player for GNR during the “Use Your Illusion” days. That pretty much sucked as you might expect.

Thanks, Blake. Yikes, getting handcuffed at your very first show? That’s sure is something to remember.