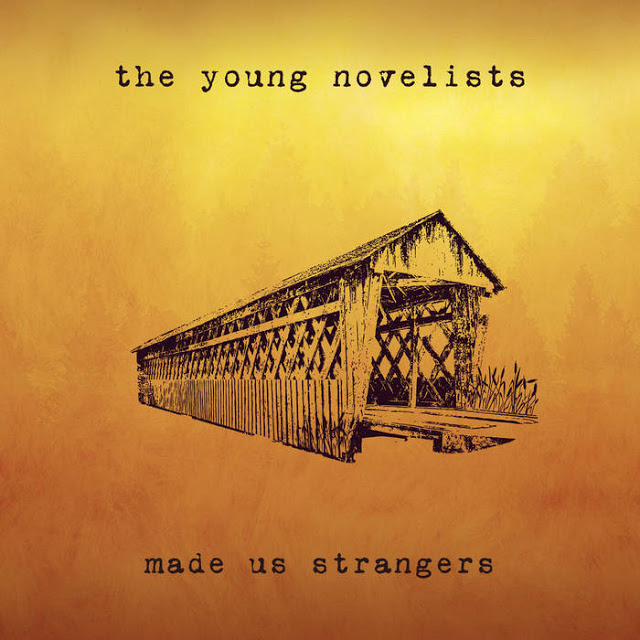 ‘The Young Novelists play roots-rock barnstormers and heartfelt folk ballads with equal parts craft and care. Hailed as “one of the top 5 folk bands to watch in Toronto” by BlogTO, The Toronto-based folk-roots band layer harmonies and wry lyrics about about love, loss, regret, and redemption over intricate arrangements.”

The Young Novelists are an indie folk rock outfit from Toronto who were recently nominated for two Canadian Folk Music Awards for their fantastic “Made Us Strangers” release. To celebrate, the band is embarking on an East Coast U.S. tour that sadly skips Pittsburgh, I want to thank Graydon James (Guitar/Vocals) for taking the time to participate in this edition of First/Last.

Bad Company “What You Hear Is What You Get (The Best of Bad Company)”.

Every album that’s ever been nominated for the Polaris Prize (a $30,000 prize in Canada).

The Watchmen (who still play a show or two a year).

I saw my friend Raven Shields at a place called Cameron House in Toronto… I consider it my last show, because it’s the last show I paid to get into.

I went to Montreal to see Pearl Jam with my friend Steve, and we missed the last bus back to Toronto so we wandered the streets of Montreal from midnight to 6:45AM, waiting for the next bus. Crazy, but good times.

I saw a Wilco/Neil Young double-header and Wilco sounded *fantastic* — crystal clear and beautiful dynamics; especially considering it was a big arena show. Neil Young’s band was just washed out and terrible-sounding… the energy was impressive, but I could barely tell what anyone was doing. It was brutal.

The topography of Pittsburgh is different than any city in Canada, and it’s hugely interesting to me. I’m not sure why, but the rivers and the bridges and tons of overpasses are awesome, and I think Pittsburgh has a great, scrappy energy to it. Pittsburgh is a great town!

Thanks, Graydon. Wait, a Canadian disappointed in Neil Young? That’s like me saying I don’t like Wiz Khalifa… blaspheme…