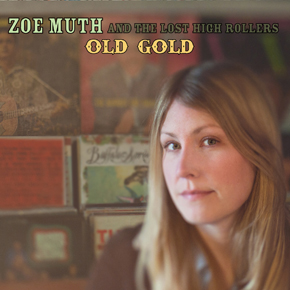 “Whether nailing an upbeat honky-tonk tune or a slow, sad story-song, Zoe Muth’s music is so honest and familiar, you’ll wonder why you haven’t heard it yet. Her self-titled, self-released debut won attention not only from her hometown (Seattle Weekly dubbed her “our own Emmylou”; tastemaker blog Sound on the Sound called her “without doubt, one of the finest songwriters in Seattle”) it also earned praise from the worldwide press. The record landed on No Depression’s annual Reader’s Poll as one of the Top 50 Albums of 2009, while Modern Acoustic magazine called her 2010’s “New Artist of the Year.””

Zoe and her band The Lost High Rollers make thier Pittsburgh debut tonight at Club Cafe’s early show on a bill with The Culture Vultures, touring behind the latest release, “Old Gold“. My thanks to her for taking the time to participate in this edition of First/Last.

Thanks, Zoe. If you have the time, the Warhol Museum seems to be a can’t miss spot.