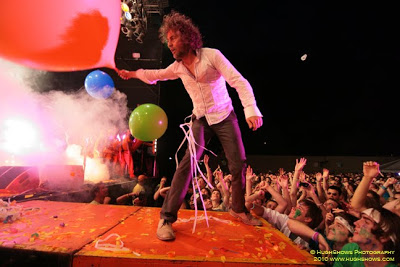 As the band came out to the most amazingly spectacular opening I will ever see, Wayne knocks me in the head with his huge balloon. He looks at me to see if I was all right and giving a wink to only me, proceeds to put on the funnest show this year. 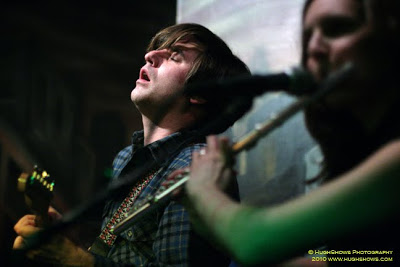 Jeff Baron is my favorite musician in this city. I only saw him play once this year. 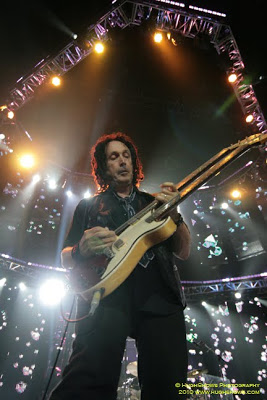 I was the only photographer this night. At the last minute, my man from Clear Channel hops up with a point and shoot and tells me that the boys play to the cameras. A few minutes later Mike is in my face shredding. 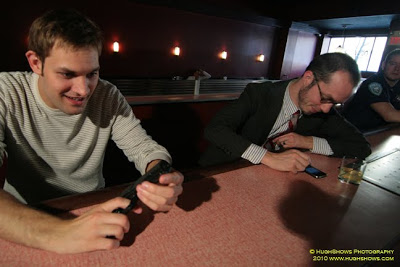 Making a horror movie is fun. I know. I worked on ‘Silence of the Lambs’. I know what a fake gun feels like in my hands. Chill Josh, Dan is trying to do something other than act. 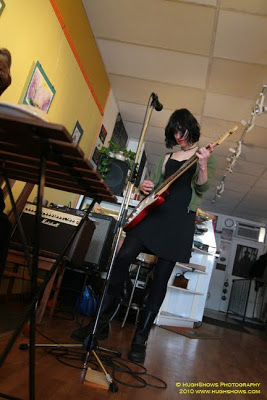 Did I say Jeff Baron? I meant Becky Corrigan. Playing a coffeeshop that closed down this year is heartbreaking to me. I want to see her play again. 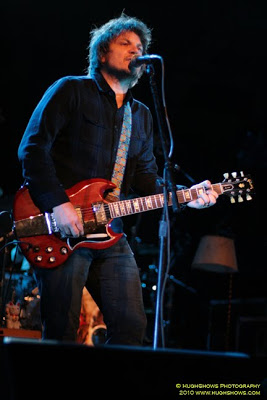 My Wilco photo got into the newspaper. Not this one. 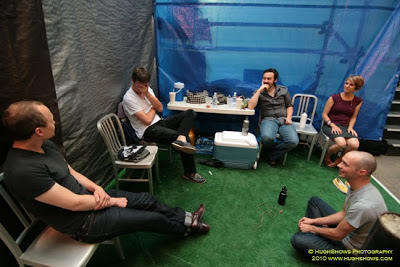 My friends chill before the show. 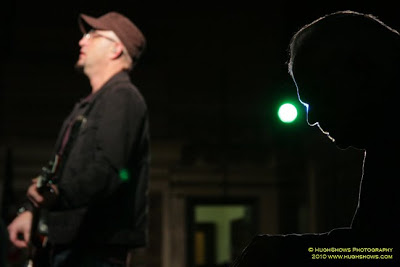 This was all the right lighting. Soldiers & Sailors is a cool place to shoot. 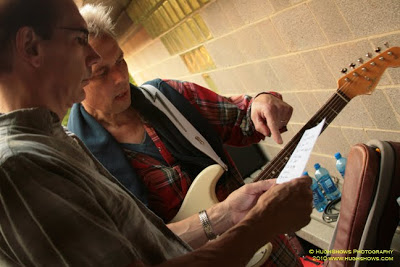 I asked them if it was cool to take a few pictures. They both said sure, like someone wanted to take a picture of them talking about the setlist? I did.