Image of the Day-“Bad Person” 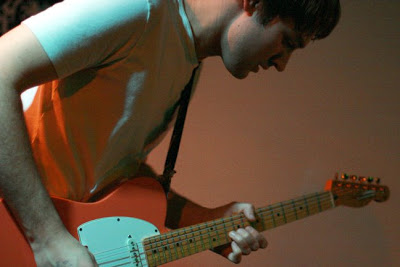 I realize I have been focusing on a few local bands for what?…the past month? It turns out that the Donora CD release show was the last concert I attended until last night where I went to see…um, Donora. I have also been experiencing some messed up computer problems as you might be able to tell with some of the lay-outs of recent posts. I might have to take a few days of to re-boot and get things in order. Before I do I have to highlight MOIP who also played. They are the most exciting group around for me right now and last nights set with Jeff joining the band was no exception. Even though the Brillobox sound can be sketchy at best (especially up front), the musicianship definately shone through. They have announced their CD release show for March 28 @ Brillobox and I for one cannot wait.