Image of the Day-“The Breeze” 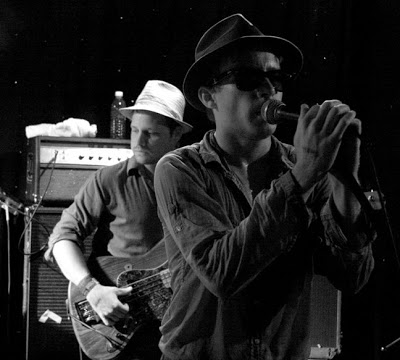 I decided at the last minute to go to this late night show. Bummer for me that they sold out earlier in the day. Hanging out in front of the club I counted ten other people who needed tickets as well. Eventually we all got in and enjoyed a fabulous set from these Philly guys. They were spot on even though Toby was still nursing a wicked punch in the throat that had them reschedule from last month. They backed out of an in-studio appearance at WYEP from earlier in the day…too much fun in Cleveland guys?

On a side note: It’s been several months (November 2007-Heartless Bastards) since I’ve been to Club Cafe and I have to say the lighting set-up is wickedly awful to shoot in. Harsh shadows across the face is no way to light a performance.