Image of the Day-“Midnight Surprise” 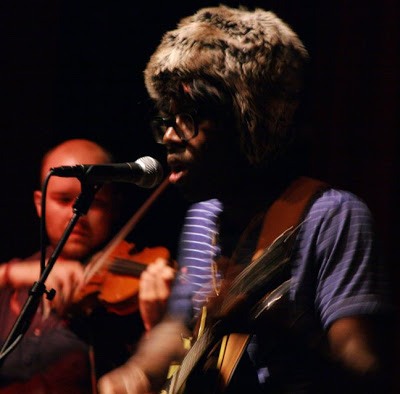 Andy Warhol Museum This show was kick-ass. Devonte Hynes used to be in a hardcore thrash band called Test Icicles. He goes solo and releases a lush folky album called “Falling Off The Lavendar Bridge”. It’s a good album but the live show added a harder edge to the music which was sorta expected coming from his previous band and all. I went to this show stone sober and loved every minute of it. He was very funny and engaging with his in between song banter. He was super cool and down to Earth post show as well. All around nice night.