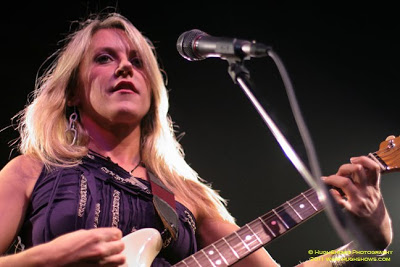 From the years 1985 and 1995, there is a black hole in my musical appreciation. I was too busy at the time following the Grateful Dead and racking up 30 shows in those years to appreciate any current bands releasing what would become seminal albums in rock history. Among them was Liz’ 1993 album Exile in Guyville. I never realized how badass she was until later and even then didn’t give her much notice. That being said, last Monday was a revelation of sorts. She was charming, easy to look at (we are both the same age) and rocking. A very enjoyable introduction to her and her music. The packed audience at the Rex obviously weren’t listening the Dead during those years as they were loving every second of the show.