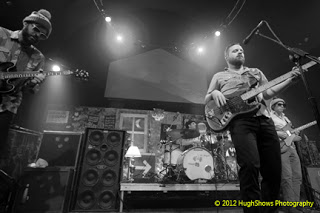 I like Dr. Dog and have seen them twice before but I don’t LOVE them. Judging by the sellout crowd, I assume many people do. Again, they are good but nothing that has me standing in line an hour before doors to chill by the stage rail as some fans did. I am still waiting for THAT record from them. The one you hear for the first time and know it’s a killer release. I believe the band still have it in them. In the meantime, they seem to have grown their audiences the old fashioned way, by touring like a beast year after year. Wanna see more photos from the night? Click here.