Image of the Day-“Zip City” 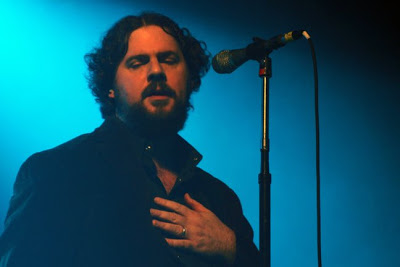 Munhall, PA It secretly astounds me how popular Drive By Truckers have become. Since I first saw them play to a moderately sized crowd @ Club Cafe at the start of the decade, they have gradually expanded their fanbase year after year. They play good ole boy southern rock that, although I enjoy it (particularly in a live setting), they hardly ever diverge from their bread and butter sound from album to subsequent album. One trick pony? I wouldn’t go that far but I still don’t ever hear them on the radio, ANY radio (yeah, YEP plays them…at 2a.m….or if they are pimping the show with a studio session). My only explanation is that they are a touring monster. Playing more months out of the year than not which only helps people to discover them. A very key aspect of that tour ethic is embracing (early on) the festival circuit. Dirty smelly faux hippies have a ton of expendable income and since The Grateful Dead (when I mention them I refer to Jerry Dead) and Phish are no longer around, someone has to try to wrestle the mantle from The Dave Matthews Band. Patterson and Mike are trying their damnedest to one up Jim James in that department. I didn’t even touch upon the brilliant idea of a rotating double-bill with the most popular indie bar band in the country. Whatever they are doing, I believe they will keep on repeating it for years to come.